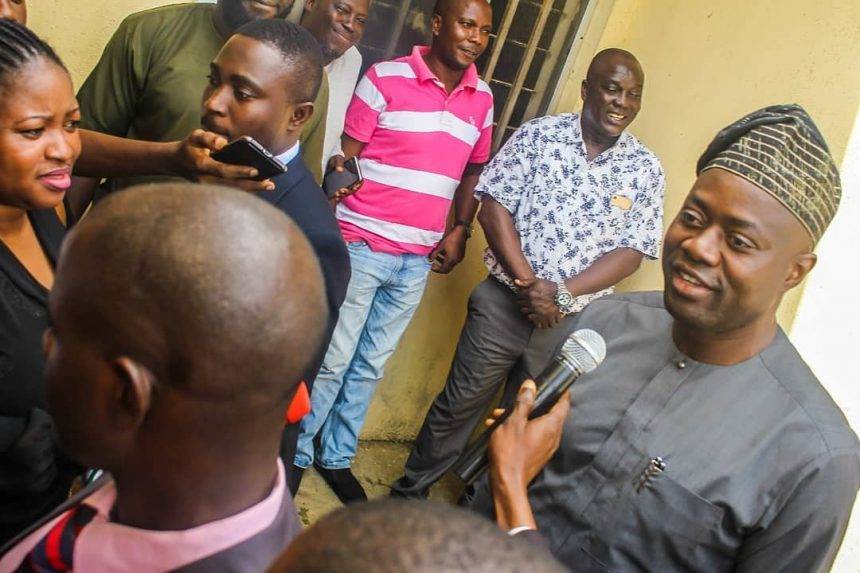 …Says I have fulfilled a campaign promise

The Governor, who visited the Oyo state office of the Code of Conduct Bureau (CCB) in Ibadan to receive a copy of the asset declaration form said that his decision to make the assets public was in fulfillment of a personal promise he made during the elections.

Details of the assets as contained in the CCB 1 with the name Oluseyi Abiodun Makinde, which was declared at the High Court of Oyo State, on May 28, 2019, indicated that the Governor is worth over N48 billion.

The assets declaration form, marked OYSE/2019/001 contained details of cash at hand, in the bank, landed properties (developed and undeveloped), household items, share and bonds owed by the Governor, his wife, Omini Makinde as well as his companies.

Properties, including the developed and undeveloped as well as household items indicated on the asset forms, showed that the Governor is worth N2, 624,800,500(two billion, six hundred and twenty-four million, eight hundred thousand, five hundred  Naira as at the date of asset declaration.

The houses declared by the Governor include nine buildings in Nigeria, two in the United States of America and One in South Africa.

One of the properties in the United States is described as “jointly owned.”

The Governor also has existing Bonds (Eurobond) worth $3, 793, 500 as well as shares, debentures and other securities valued at N120,500,000(One hundred and twenty million, five hundred thousand naira).

Speaking with newsmen at the CCB office in Ibadan, Makinde said:  “I came here to collect the photocopy of the form that I signed in fulfillment of the campaign promise to the people that I will declare my asset publicly and release the document to the public.