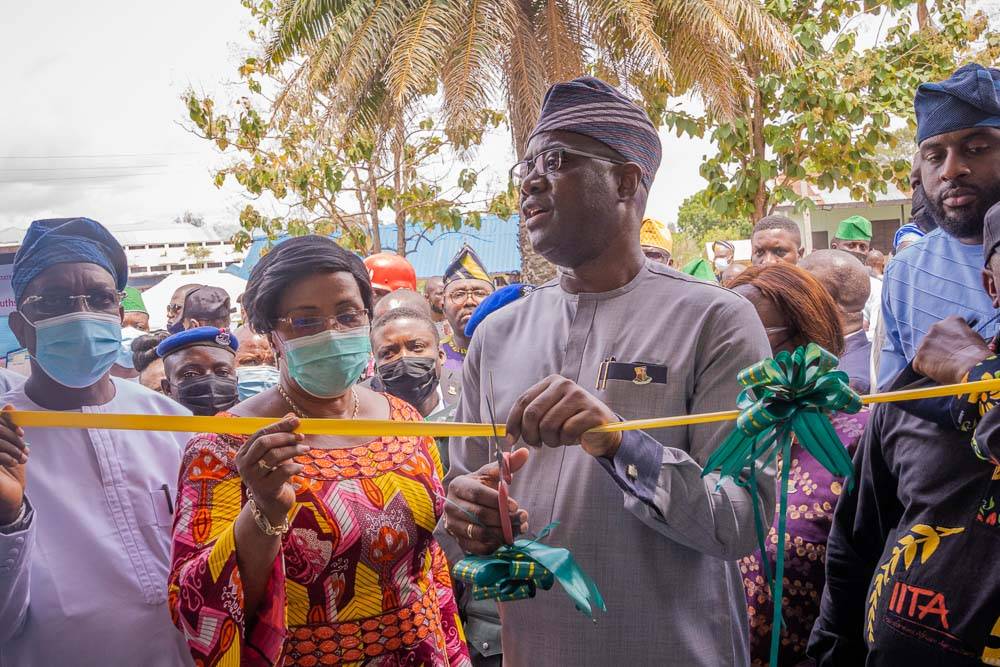 As part of activities marking the second anniversary in office of the Oyo State Governor, ‘Seyi Makinde, on Friday, commissioned one of the Start Them Early Programme (STEP)-Oyo school projects, an agribusiness initiative, at the Methodist High School, Ibadan, and a model school building at the Muslim Grammar School, Odinjo, Ibadan.

He equally commissioned the upgraded Staff Clinic within the premises of the State Secretariat, Agodi, Ibadan, and flagged off the breast and cervical cancer screening, while also handing over nine Luxury Buses to the Oyo State Civil/Public Service for ease of transportation for the staff.

According to Makinde, while speaking at the commissioning of the STEP-Oyo project school, which is aimed at encouraging the youths to take interest in agribusiness from an early age, the programme will be extended to more schools in all zones of the State.

A statement by the Chief Press Secretary to the Governor, Mr. Taiwo Adisa, quoted Makinde as saying that the first project at Fashola was funded by the International Institute of Tropical Agriculture (IITA), noting that the project is currently running in Bishop Phillips Academy, Ibadan, and Methodist High School, Ibadan.

The statement added that the Governor also distributed science equipment and students’ furniture at the Muslim Grammar School, Odinjo, Ibadan.

Speaking during the commissioning of the STEP-Oyo project, the Governor said: “When they were going to commission the STEP project at Fashola, the DG of IITA invited me. I went there and when I saw what they did, I thought we cannot limit it to Fashola alone but spread it across Oyo State. So, I was very excited about having the STEP programme in Oyo State.

“The first project at Fashola was funded by IITA. When we went there, I needed no further convincing that we need it in our schools. So, we decided to install STEP in other schools in all zones of Oyo State.

“I am delighted to be here today at the Methodist High School to formally commission the STEP programme in the school. It is exciting what these kids can accomplish when you give them an opportunity. This is why, in Oyo State, we remain committed to providing access to education.”

He said that the introduction of an initiative like STEP, which intends to catch the next generation of youths in agriculture, is a step in the right direction, adding that the programme sits well with the focus of his administration to explore agriculture and its value chain to expand the State’s economy.

“One of the things this project has taught us is the importance of synergy at all levels. This project is alive today because we choose to work with IITA, a development agency, on this project. And I must pause to give credit to Dr. Nteranya Saginga, the DG of IITA, for choosing Oyo State to launch this project in Nigeria.

“Aside from the good work that comes out of working with development partners, I must mention the good result of inter-agency partnership. STEP is an agribusiness project but it runs in a school that is domiciled in the Ministry of Education. So, if this project is to continue, it will require further partnerships. For me, that is the future.”

The Governor commended the old students of the Methodist High School for picking up the challenge to support the Government, explaining that his administration has set up Oyo State for a massive turnaround in agribusiness.

He added that the State is ready to absorb anyone ready to invest in large scale agriculture practices and agribusiness.

In his address, the Deputy Director-General of IITA, Dr, Dashiell Kenton, said that IITA has always had a cordial relationship with the State Government, saying that IITA has the best partnership with Oyo State in Africa.

He commended the Government in its efforts to reduce the number of out-of-school children in the State, enjoining the State Government to judiciously utilise the multi-million Naira STEP project for the resuscitation of its agribusiness.

While speaking during the commissioning of the model school at Muslim School, Odinjo, Governor Makinde said education infrastructure was in a deplorable state before he came into office, stating that his administration has been able to change the narrative by rebuilding more befitting schools and constructed more schools.

“Now, we see more befitting school buildings constructed or remodeled or rehabilitated all over Oyo State. So, it is time to tell a new story. I am happy to report to you that the majority of the projects we commenced last year are already done and these projects include Early Child Development Centres.”

He said that his administration remains committed to ensuring that quality education is the standard in Oyo State, adding that in May 2019, the Government dedicated over 20 per cent of the Oyo State budget to education.

He added that the edifice is one of the sixty (60) model schools spread across the thirty-three (33) Local Government Areas in the State.

He expressed the commitment of his administration to improving the health sector.

The Governor afterwards performed the handing over of nine luxury buses designated for use by the civil/public servants in the State. 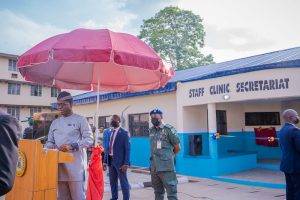