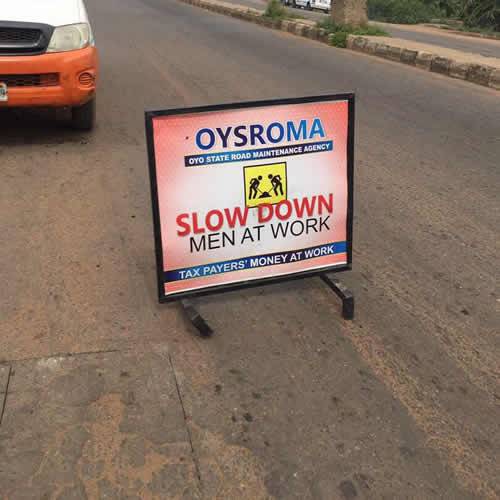 As part of measures to improve health facilities and infrastructures in Oyo State, the State Government had commenced the rehabilitation of the second gate road of the State Hospital, Ring Road, Ibadan.

According to a statement from the office of the General Manager, Oyo State Road Maintenance Agency (OYSROMA) Engr. Modinat Aderonke Oduola, arrangements were on top gear to commence the rehabilitation work and finish it in good time..

The statement noted that the road network within the hospital were in serious disrepair over the years which necessitated the initiative of the present administration in the state led by Governor Seyi Makinde to embark on the rehabilitation of the road.

“Preparations have been made and logistics are in place to commence the rehabilitation of the second gate road of the Adeoyo State Hospital at Ring Road in Ibadan.

“This is part of the efforts of the present administration to bring back the glories of the hospital and fulfill the electoral promises of the Seyi Makinde-led administration in providing good and qualitative healthcare system for the people.

“The road will add to the aesthetic value of the health institution while other intervention projects are also going on. This effort of the government is worthy of appreciation by all. Governor Makinde has promised and he is fulfilling the promise at all fronts,” she added.

Engr. Oduola commended the State Government for this rehabilitation, stressing that the gesture will help to alleviate the suffering of patients in the hospital and the public in general.