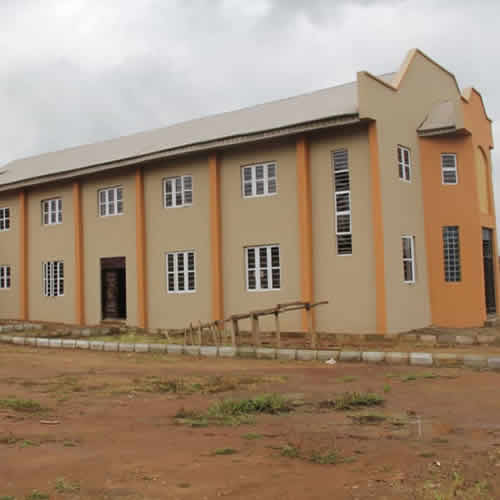 Posted at 21:11h in Ministry Of Information And Mass Mobilization by Oyo State ICT 0 Comments

The Oyo State Government has said that the ongoing construction of new blocks of classrooms and other structures at a State-owned primary school, All Saints Primary School, Araromi- Aperin village, would boost the morale of children within school-going-age in Ona-Ara Local Government Area in the State.

The Executive Chairman, Oyo State Universal Basic Education Board, Dr. Nureni Aderemi Adeniran, said this on Tuesday during an inspection of two blocks of 6 classrooms constructed and donated by an alumnus of All Saints Primary School.

The other facilities built on the premises of the school include, Headmaster’s quarters, Staff quarters, a vicarage, church building, football pitch and sickbay, which were valued at about N100 million.

While commending the donor, an alumnus of the school, Mr. Olusola Alagbe for supporting the State Government with such projects, Dr. Adeniran urged other well-meaning indigenes of the State and non-profit organisations at all levels, including businesses, Associations and faith-based organisations to take a cue from the donor and impact their societies.

“This is commendable and we appreciate Mr. Olusola Alagbe’s kind gesture in complementing Government’s efforts. We also call on Associations and faith-based organisations to contribute their quota to the development of education in their immediate communities”, he said.

He promised Government’s contribution to the laudable project, saying Oyo State Government would provide furniture for the pupils and teachers in the school.

Speaking earlier, representative of the donor, Engr. Diran Oyetunji said the gesture was part of Alagbe’s efforts to give back to the society that made him who he is today.

He thanked the State Government on his behalf for providing the necessary supports, saying “this has afforded Mr. Alagbe the opportunity to contribute meaningfully to the educational development of Oyo State, and by extension Nigeria”. 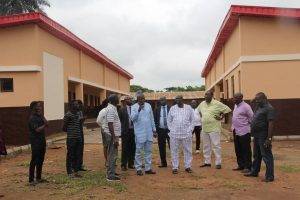