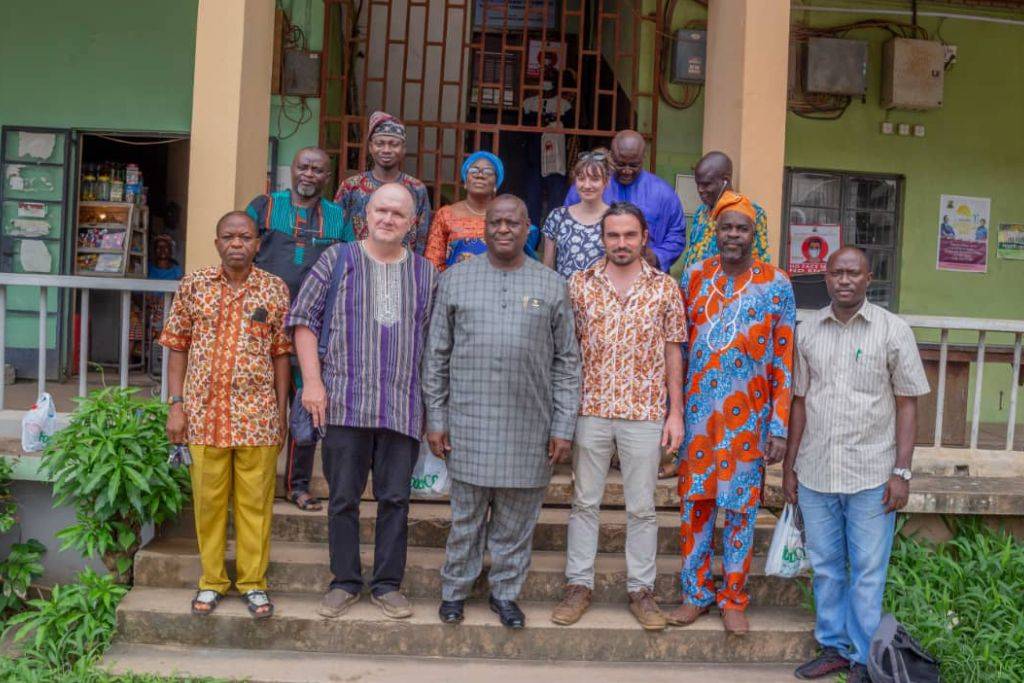 French Embassy is working on a new way to develop tourism in Oyo State, especially as it looks to expand its bilateral relationship with the State.

A team from French Embassy said this over the weekend when they visited the State Ministry of Information, Culture and Tourism and a tourist site, Ado-Awaye hill.

Speaking during the visit, the leader of the French delegation, Dr. Vincent Hiribarren said the country is determined to stay engaged with Oyo State and seek ways to explore its tourism potentials in different archaeological and historical sites.

His words, “Currently, France is seeking to help the Oyo State Government to document its tourism potentials. This is the first working visit to the State’s tourism sites”.

He said “the field visit to potential archaeological sites in Oyo State would afford us the opportunity to assess them, with the aim of developing an archaeological project”.

The team also toured studios and archives of the Ministry of Information, Culture and Tourism with the aim of developing a project on digitalisation of archival materials and training of personnel.

The team thereafter met management of the Ministry to deliberate on possible projects to be developed based on the assessments made.

“This official visit to the State is marked with a trip to the famous Ado-Awaye hill where we discovered big tourism potentials such as the Iya’ke suspended lake, the Iya’laro lake and an ancient cave”.

Dr. Hiribarren, who heads the French Institute for Research in Africa, promised the French Government’s support to ensure Ado-Awaye among other tourist sites in the State are enlisted on the UNESCO recommendation for tourism, which he noted will consummate the State’s economic diplomacy upgrade.

“We will ensure this is established as part of UNESCO tourism sites, such that it will influence tourists and improve the rating and cultural heritage of the community”, he said.

He added that the visit was an attempt to build on the priorities set by the French Government, saying it was also a sign of Paris’ “willingness to change the narrative of the relations between the State and France”.

“We are working for a new, more sustainable, fairer way to support the tourism potentials in Oyo State. We want to find ways to partner with Oyo State on tourism to create more jobs, and to create more economic growth”, he added.

Speaking earlier, the Permanent Secretary, Ministry of Information, Culture and Tourism, Dr. ‘Bunmi Babalola appreciated the French Government for the visit, which he noted will increase the volume of economic impact on the people of Ado-Awaye.

He also promised the State Government’s full support to prioritize the tourism sector, which will in turn expand the State’s economy.

The Alado of Ado-awaye, HRM, Oba Sunday Oladapo Oyediran said the community has waited long for the realisation of this age-long dream.

Noting that the community hosts the only natural suspended lake in the African continent, the Monarch added that the development will not only enhance tourism potentials in the State, but curb criminality and other vices.