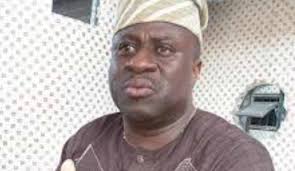 Oyo State Governor, Engr. Seyi Makinde, has named a former Minority Whip of the House of Representatives and former Publicity Secretary of the pan-Yoruba socio-political group, Afenifere, Honourable (Chief) Babatunde Oduyoye, as his Special Adviser on Strategy and Political Matters.
A statement by the Chief Press Secretary to the Governor, Mr Taiwo Adisa, stated that the appointment is coming on the heels of the approval granted the Governor by the Oyo State House of Assembly for the appointment of 12 Special Advisers.
Oduyoye, the statement noted, is expected to bring on board his over 30 years of political experience as a national leader of the Alliance for Democracy (AD), an Afenifere chieftain and a former member of the House of Representatives.
The newly-named Special Adviser holds a Master’s degree in Peace and Conflict Studies from Nigeria’s premier University, the University of Ibadan, where he also had his undergraduate studies in Psychology.
He was elected President of the Students’ Union Government of the University between 1985 and 1986.
The statement further indicated that besides serving two terms in the House of Representatives, representing Ibadan North-West/Ibadan South-West Federal Constituency between 1999 and 2007, Oduyoye has also been a businessman and a stakeholder in the Hotel and Tourism industry.
While in the House of Representatives, Oduyoye served in various House Committees including: Police Affairs, Education, Culture and Tourism and Inter-Parliamentary Union.
Oduyoye is the chairman/CEO of Majerita Ventures Limited; Majerita Hotels and Resorts Ltd and Wawo Stores Limited.
Governor Makinde wished Oduyoye the best in his service to the state.