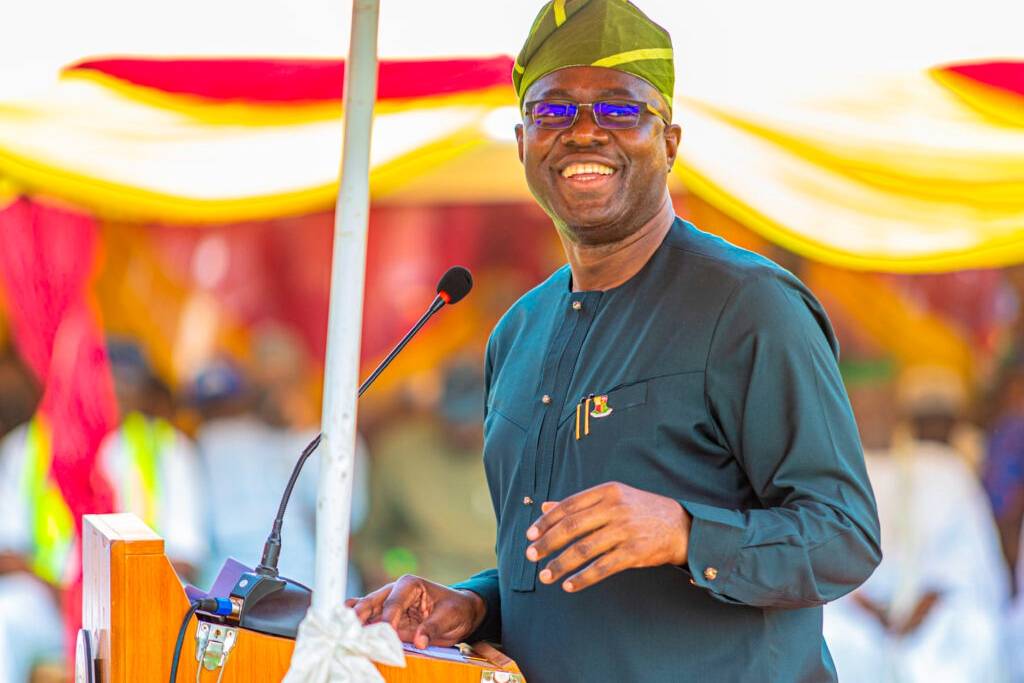 Being the remarks by His Excellency Seyi Makinde, the Executive Governor of Oyo State, at the official flag-off of the reconstruction of the 34.85km Oyo-Iseyin Road on Thursday, December 16, 2021.

As you drive in from the Oyo end of this road, you will see the amount of work that Messrs Kopek Construction Ltd have already done on this road. I’m sure the good people of Oyo are already seeing the benefits of this road construction. And when it is completed, it will become a vital link between the farming communities of Oke-Ogun and Oyo, providing the much-needed market linkage between these zones.

Well, this is the official flag-off of the construction, but the contractors have been on-site for five months. You can now do the maths to see if they are on course to complete their work within the scheduled one year. They have assured us that this will happen.

Permit me at this point to once again welcome my brother, His Excellency Douye Diri, the Executive Governor of Bayelsa State and thank him for honouring us with his presence to flag off this road construction officially.

As I mentioned, Messrs Kopek Construction is handling this contract. The total contract sum which was originally eight point four billion Naira (N8.4 billion) was increased to nine point nine billion Naira (N9.9 billion) last month. As you may be aware, this is a federal road being reconstructed by the Oyo State Government. So, after consultation with the Federal Government, we were given specifications to comply with. For example, we had to increase the width of the road from 10.75m to 12.75m to meet the federal government specifications. We are executing the project using the Alternative Project Funding Approach (APFA).

Let me take a few minutes to talk about our approach to executing projects in Oyo State. Some people are still confused as to how we are still flagging off projects when some states are finding it difficult to pay salaries. They do not understand how we are raising Oyo State’s Internally Generated Revenue (IGR), building our economy and engineering a modern Oyo State.

And so, what do they do?

They go to town with stories.

Seyi Makinde is taking on hidden debts. He is going to turn our children into slaves. The debt he is leaving, we don’t know how many years it will take us to pay it.

All lies, fake news and disinformation.

Our secret to carrying on these projects is the Alternative Project Funding Approach (APFA). And I can say it’s an open secret. Because from when we started using it, we have always been open and transparent about it.

With APFA, the contractor funds the project, and we pay back over an agreed period of time. And let me make this clear: you have my word that not one Naira will be left unpaid to any contractor under APFA at the end of our current tenure.

For example, for this project, which was awarded in June this year, the repayment period is seventeen (17) months. This means that the project will be completed before all the repayments are made. However, the last repayment will be made by December 2022.

So, do not allow anyone to confuse you—road construction is a big part of our engineering a modern Oyo State. The building of roads forms the foundation of the development of all other sectors of the four pillars of our governance as clearly outlined in our Roadmap to Accelerated Development in Oyo State, 2019-2023.

You need good roads to drive to healthcare centres. Without good roads, our children cannot go to school. How will our farmers get to the markets if the roads are bad? And no matter how many vehicles we give to security agencies, how will they be able to get to people in trouble when the roads are bad?

So, we will continue to build a viable road network for our dear state. This is the path to sustainable development.

We look forward to coming back here in seven months to commission this 34.85km Oyo-Iseyin Road to the glory of God and for the benefit of the good people of Oyo State.