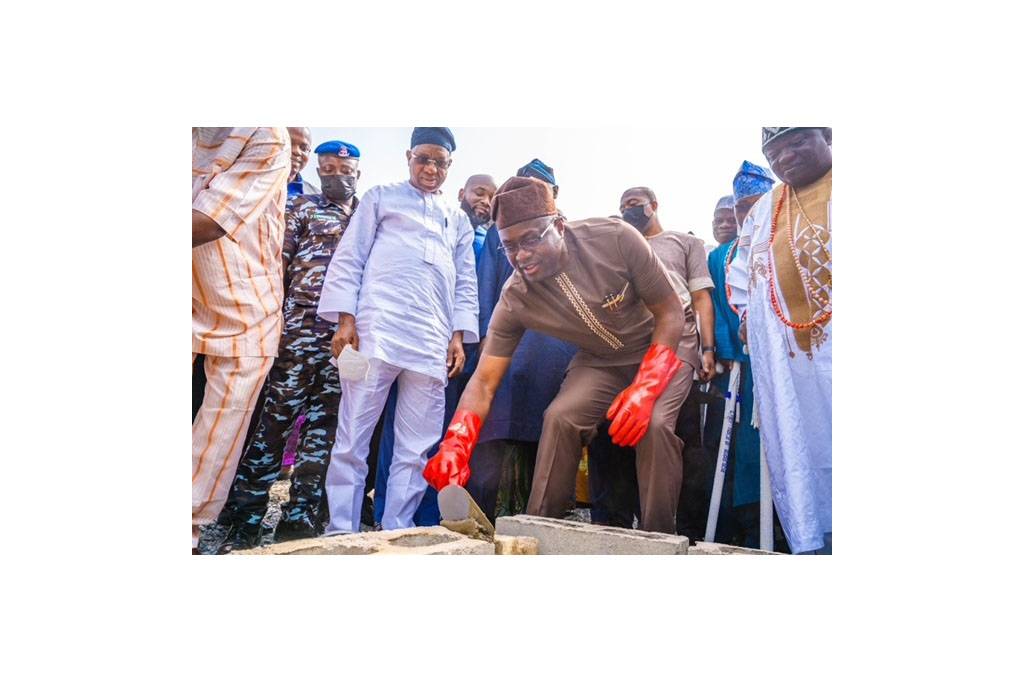 Being the Remarks by His Excellency Seyi Makinde, the Executive Governor of Oyo State, at the Ground Breaking Ceremony for the Independent Power Project (Ibadan Hybrid Power) on Saturday, December 11, 2021

This word means different things to different people. But when the average Nigerian talks about ‘light,’ they mean electricity – power supply.

Nigeria has had a long history of problematic public power supply.

Well, from the days of NEPA, through to the PHCN and now DISCOS, the problem has essentially remained the same. Nigeria has been unable to generate and distribute enough energy to provide a 24/7 power supply to citizens. In fact, at a time, people even changed the acronym NEPA to mean Never Expect Power Always.

Over time, individuals who can afford to have purchased different sizes of petrol or diesel generators or invested in solar energy as alternative sources of power supply.

But we are not here today to discuss the problem. We are here for one solution to this perennial problem – for the groundbreaking ceremony of the Oyo State Independent Power Project.

Before I go into the details of this project, it is important to clarify issues related to power distribution in Nigeria.

Some have stated that only the Federal Government has the power to distribute energy. So any power generated at the State or Local level must be fed to the national grid before it can be distributed. This is only partly true.

Under the Electric Power Sector Reform Act (EPSR), 2005, independent power distribution is allowed. Regarding “Distribution Licenses,” Section 67(1) states that “Subject to such terms and conditions as the Commission may fix in the licence, a distribution license will authorize the licensee to construct, operate and maintain a distribution system and facilities…”

The Special Purpose Vehicle that Elektron Energy will use to execute this contract is Ibadan Hybrid Power Limited (IH Power). IH Power will also be responsible for managing the distribution infrastructure through Ibadan Hybrid Distribution Limited, which will hold an Independent Electricity Distribution Network (IEDN) license.

This 11MW solution is called a hybrid power solution because it comprises 10MW gas-fired power generation and a 1MW PV solar solution.

We believe Elektron Energy has both the experience and the financial wherewithal to carry out this project as they already own and operate existing IPPs in Nigeria.

Now, please permit me to outline some of the beneficiaries of this project.

Specifically, when completed, this 11MW hybrid power solution will power:

– 12 healthcare facilities, including Adeoyo Maternity Teaching Hospital and State Hospital Ring Road. As you may know, our administration has invested heavily in world-class diagnostic and treatment equipment at these hospitals with a direct impact on about 15,622 patients annually.

– The Lekan Salami Sports Complex, Adamasingba. When we commissioned the main bowl in September this year, some people went to town to say we commissioned a swimming pool. Well, I am happy to tell you that the so-called ‘swimming pool’ may soon be approved by the Confederation of African Football as the new home for the Super Eagles 2022 playoffs!

– This IPP will also power not less 10km radius of public lighting under the ‘Light-Up Oyo’ project. And of course, as we say, where there is light, there is security and economic development.

That is not all.

– The judicial complexes at Iyaganku and Ring Road

– The Oyo State House of Assembly and

– A selection of schools within a defined catchment from the generation plant at the Oyo State Secretariat.

Although this project will initially serve Oyo State Government facilities, we are already thinking of incorporating similar projects into our administration’s vision to facilitate the expansion of the state’s economic base by making power available to industrial catchments. For example, the Moniya Business District.

So, we are very excited about this project. The contractors have told me that it will be ready in six to eight months. Within the terms of our agreement, the Oyo State Government will repay the capital expenditure investment of Elektron Energy over a ten-year period within which the energy company will operate and manage the infrastructure. The total cost of the project is pegged at Eight Billion, Twenty Seven Million, Four Hundred and Thirty Thousand, Two Hundred and Fourteen Naira (N8,027,430,214). This project is being executed on a Build-Operate-Transfer basis.

On that note, we shall proceed to the site for the groundbreaking ceremony, to the glory of God and for the benefit of the good people of Oyo State.

Thank you, and God bless you.