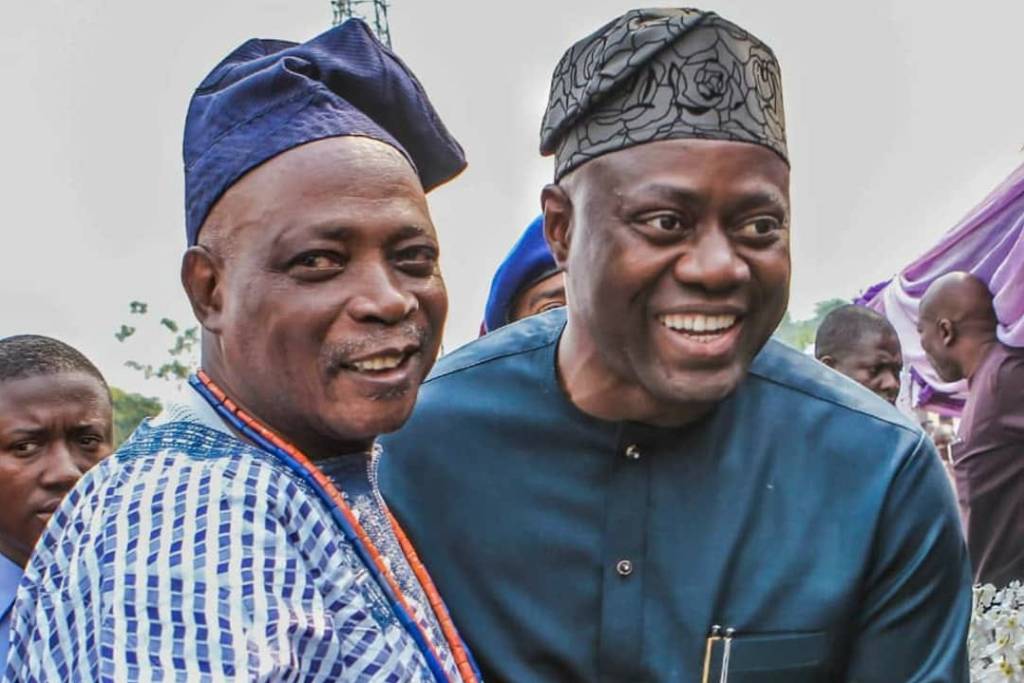 Oyo State Governor, ‘Seyi Makinde, has described a former Governor of the State and the Osi Olubadan of Ibadanland, High Chief Rashidi Adewolu Ladoja as an exemplar in traditional and political leadership.

The Governor, who stated this in a congratulatory message to the Osi Olubadan, whom he described as his father, said Senator Ladoja’s contributions to the progress and development of Oyo State and the Country are immeasurable and exemplary.

A statement by the Chief Press Secretary to the Governor, Mr. Taiwo Adisa, quoted Makinde as adding that Ladoja is worthy of celebration for the different roles he has played in different spheres as an achiever in business, a worthy model in politics and a committed community leader.

He said: “Our father, the Osi Olubadan of Ibadanland, Senator Rashidi Ladoja, I rejoice with you as you add another year today.

“Your life of service, your people-oriented leadership and your immense contributions to the progress and development of Oyo State are exemplary.

“As you mark another birthday in your eventful life, I pray to God to grant you good health and more wisdom to make more impact on humanity.