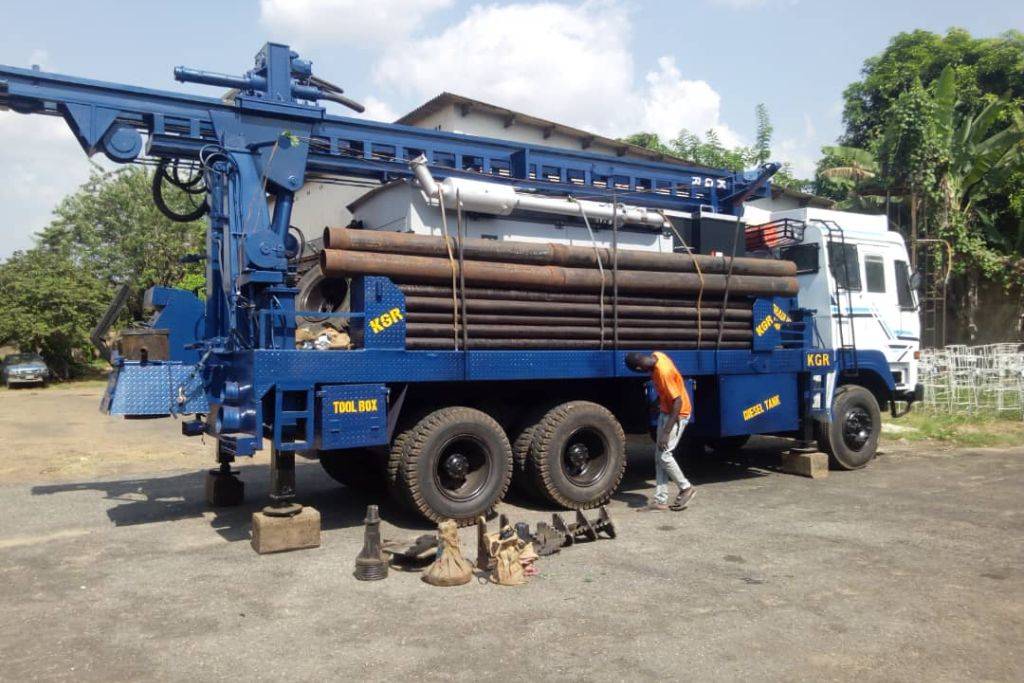 Governor Seyi Makinde of Oyo State has commissioned a newly-purchased water drilling rig at the State Secretariat in Ibadan on Monday.

The drilling rig with compressor, mounted on a Lealand Trailer did a test drilling of a borehole close to the old House of Assembly Complex in the State Secretariat.

Speaking on behalf of the Governor, the Deputy Chief of Staff, Hon. Olawale Mogbonjubola said issues relating to water sufficiency would be a paramount area of interest to the present administration, which led to the overhauling of the Oyo State Rural Water Supply and Sanitation Agency (OYRUWASSA).

He hinted that the rig was the first to be purchased by any Government in Oyo State and would be put to maximum use by the agency.

“The Governor is happy for the history we are making today, as this is the first drilling rig with compressor to be purchased by any administration in Oyo State.

“It signifies the fact that water sufficiency will be our target, especially at the grassroot, our people will no more suffer lack of portable water and health consequences.”

In his welcome address, the Chairman OYRUWASSA, Engr. Najeem Omirinde said he was happy for the gesture of the State Government in procuring the drilling rig.

Omirinde hinted that the agency already started drilling of boreholes at strategic places like schools, markets, parks and other areas which would take care of basic water needs of the people.

He enjoined the people of the State to continue giving their support to the State Government so as to enjoy more dividends of democracy.

Others are members of the OYORUWASSA board among who are Engr. Abu Salam, Hon. Olayiwola and Evangelist Ayobami Sunday.