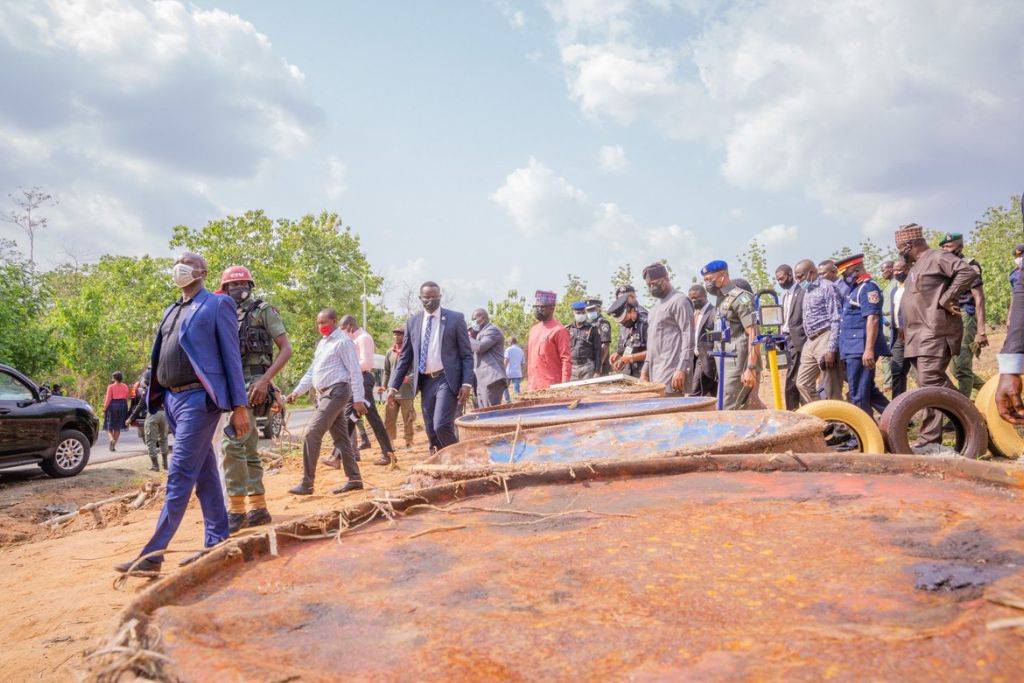 The security base was established to tackle insecurity, especially cases of kidnapping along the Ibadan/Ijebu-Ode road of the State.

A statement by the chief Press Secretary to Governor Makinde, Mr. Taiwo Adisa quoted the Governor as promising to secure all entry and exit points into the State.

The Governor, while inspecting the base located at Mamu Village, Oluyole Local Government Area, a border area between Oyo and Ogun State border, said that the base is a pilot project and that the intention of the Government is to secure all entry and exit points to Oyo State.

The statement added that the security joint base has a Close Circuit Television (CCTV) and cameras that are being monitored from the State’s control room.

It stated that activities going on in the area can be monitored by security agencies and that they would be alerted to deal with the situation appropriately.

Governor Makinde said: “This particular place has really been in the news for kidnapping, people coming across the border to perpetrate evil.

“This is a pilot project and we want to secure all the entry and exit points to Oyo State. This is the border with Ogun State. If everything works well, because we have CCTV Cameras out there that are being monitored from the control room.

“If anything is going on here, they can alert us so that the security agencies can deal with the situation appropriately. But for us, if we know people coming in and we can trace them or if any crime is committed inside the State and they want to run out, we can activate the process whereby they can be apprehended at the entry/exit points.”

“I have all the Commanders here; the Commissioner of Police is here, the DSS Director is also here, NSCDC Commandant is here and they are all working round the clock to ensure that the people of Oyo State are safe and secure. We only need to encourage them and that is why I have come here personally to let them know that we are all together,” the Governor said.

He assured that the State Government will continue to protect the lives and properties of the citizens as well as the commuters that ply the road, saying: “To the commuters, all of these efforts are to ensure that they are able to go about their businesses without thinking about insecurity.”