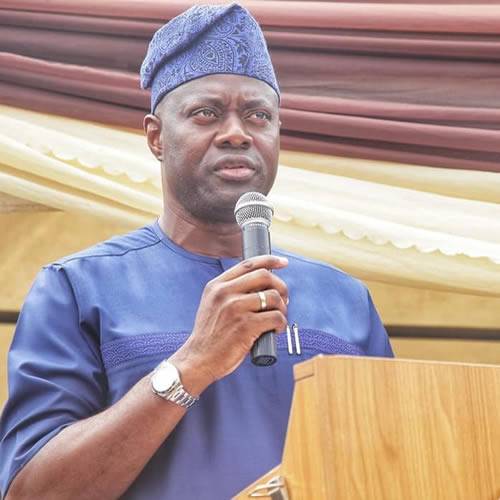 Oyo State Governor, Engineer Seyi Makinde, on Thursday, approved the appointment of the governorship candidate of the Social Democratic Party (SDP) in the March 9 governorship in the State, Chief Bolaji Ayorinde, a Senior Advocate of Nigeria (SAN), as Special Counsel to the Governor of Oyo State.

This was just as a chieftain of the African Democratic Congress (ADC) and candidate of the party for the Akinyele/Lagelu Federal Constituency in the February 23 House of Representatives election, Prince Yemi Aderibigbe, was also appointed as Senior Special Assistant to the Governor on Local Government and Chieftaincy Affairs.

Ayorinde, SAN, an Officer of the Federal Republic (OFR) and son of a former Chief Judge of Oyo State, Justice Timothy Ayorinde, earned the University of Oxford General Certificate (Law) intermediate LLB in 1983 and a Bachelor of Laws from the University of London in 1985, before proceeding to the Nigerian Law School, Lagos.

Ayorinde had previously served Oyo State in different capacities including being Pro-Chancellor, Chairman Governing Council of the Ladoke Akintola University of Technology, Ogbomoso where he served for four years as well as the chairman of the Oyo State Committee on Prisons Decongestion.

Badejo, the new DG Protocol to the Governor, was until his appointment the Principal Protocol Officer at the University of Ibadan, where he bagged a degree in Education in 1995.

He is a member of the Protocol and Diplomacy International.

Chief Press Secretary to the Governor.