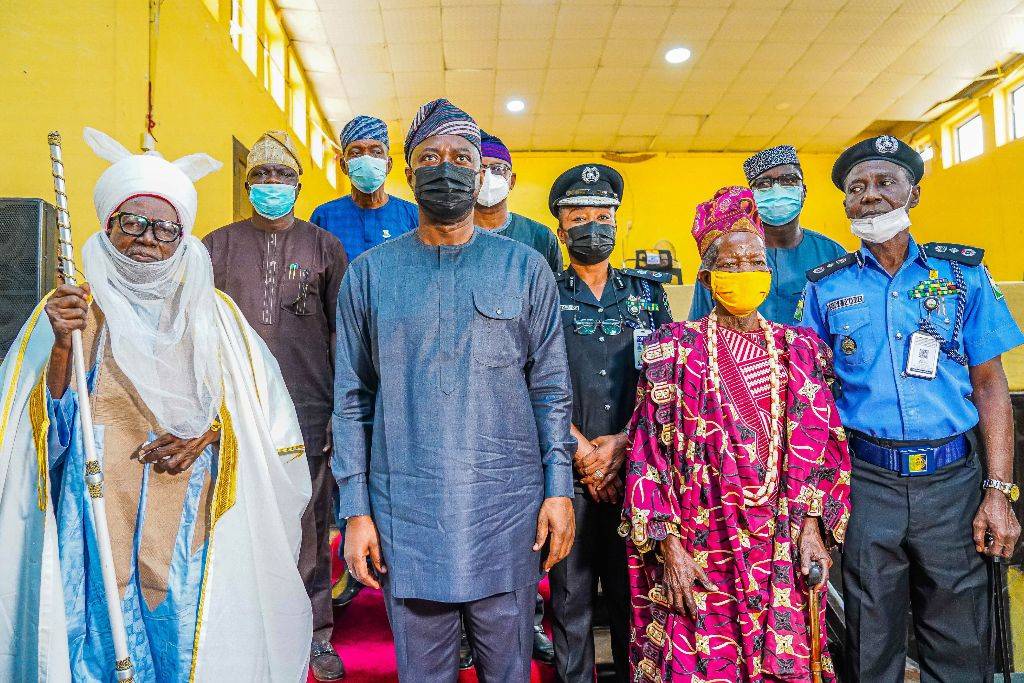 The Governor, after a meeting with representatives of Yoruba and Hausa communities who are stakeholders in the market, said that he has agreed to reopen the market, having been assured of sustained peace.

The stakeholders were led by the Baale Sasa, Amusa Alabi, and Seriki Hausa of Sasa, Malam Haruna Mai Yasin, to the meeting which held at the Western Hall, Secretariat, Agodi, Ibadan.

Governor Makinde stated that the market is being reopened so that people can continue to make their ends meet.

He also declared that his Government has lifted the curfew imposed on the area in the wake of the violence that erupted in the market recently.

He said that due to the normalcy that has returned to the area, the Government will put in place palliatives, while also ensuring that adequate security measures are in place to ensure people go about their normal businesses without threats.

He stated that every effort must be put in place to forestall any outbreak of crisis.

He said: “Since peace has returned to the market and the community, we have given the go-ahead that the market be reopened. I have ordered that some palliatives be done. This is because we also want to see what is happening there at night. So, I instructed that solar light be done so that we will see what is going on there every day and night.

“In our environment, economic activities are very germane and basic. We do not want our people to be hungry and angry so that we do not precipitate another issue.

“So, closing the market for an extended period of time is not sustainable but the fact that all the stakeholders within the community have come together themselves, is a good step in the right direction.”

Makinde also announced the closure of Iroko market adding that its promoters were reportedly part of the traders who caused the recent clash at Sasha market.

He said: “The Iroko Market will remain shut. From what we heard, the promoters of that market were part of the people causing confusion and problem at Sasa Market. We will take a long-term view of the Iroko Market but in the meantime, it must remain shut.

“I thank you because I know what it takes for you to be here. I have listened to you the leaders of Sasa.

“When my brother-Governors visited Seriki Sasa’s palace, while we were working around, I realised that both the people I saw at Seriki’s place and those I met at Baale’s place were not happy because they have been deprived of doing their job.

“If you look at Oyo State, even when the COVID-19 was at its peak, I decided not to shut our market places because I know and also explained to the leadership of the country at the national level that in our State, we have people that the proceeds from what they get today will determine if they will eat tomorrow or not.

“So, considering the economic situation and the peculiarities we have with us, I have heard what you said, and we will immediately reopen the Sasa Market.

“The Commissioner for Local Government is here. They will bring bulldozer to the market today or tomorrow morning. They will clear the place and whatever palliatives we can do will be done.

“But I want to appeal to you largely to continue to have a good relationship with the Baale and Seriki of Sasa just the way it has been.

“Please, go back to it and wherever you need our support, we will ensure we give it to you. And if there are challenges, we are all here to fix them for you. Return to the market and Sasa community.

“So, once again, I am coming back to Sasa Market when the commercial activities must have begun fully. “The solar street-light installed at Ojoo will also be installed at the market so that you can trade both day and night and the community also will be well illuminated.”

Speaking earlier on behalf of the traders, DIG in charge of South West, David Folawiyo, clarified that peace has returned to the warring communities and urged the Governor to reopen the market for traders to continue commercial activities.

The DIG equally appealed to the Governor to help the traders clear the garage and expand the frontage of the market for trailers conveying goods to market.

He said: “We have seen that there is now peace in Sasa. So, we want to urge the Governor to expand the market so that trailers can enter there conveniently, even if the market will not be repaired and renovated for now.

“We want the Governor to help us clear the garage, expand the frontage of the market for trailers to park.

“What brought us here is to let you know that there is no division between the Yoruba and Hausa communities in Sasa. But the only division we have seen is only among the traders in the Sasa market.

“When the Governor admitted that there would not be two markets there, all of us observed that it is a great inconvenience. And we also saw that after the closure of the market, four days after, everybody was already tired.

“From every corner of the market, they have been asking why we have not begged the Governor to open the market. They even said if the market is not opened, their trailers should be allowed to convey goods to the market like before. And that is why we are here today so that we can present this case to the Governor by ourselves.”

The meeting had in attendance, Commissioner for Local Government and Chieftaincy matters, Chief Bayo Lawal, Commissioner for Investment, Trade and Industry, Hon.Adebisi Adebiyi, and Commissioner for Public works and Transport, Prof. Dahud Sangodoyin, the DIG David Folawiyo in charge of South West, the Oyo State Commissioner of Police – Ngozi Onadeko and many others.