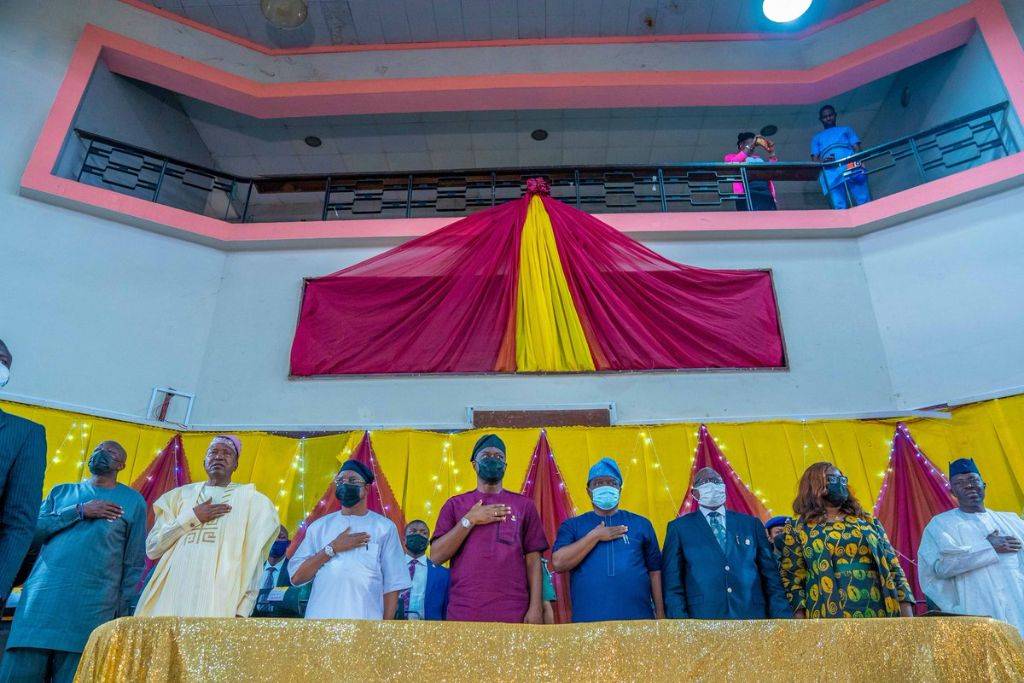 …urges them to replicate good governance at LGs

Oyo State Governor, ‘Seyi Makinde, has urged the 32 newly-elected chairmen of Local Government Councils in the state to replicate the people-oriented policies and good Governance being implemented at the state level at the grassroots.

The Governor, who spoke on Monday at the swearing-in ceremony for the Local Government chairmen, held at the House of Chiefs, Secretariat, Ibadan, congratulated all the newly-elected chairmen, admonishing them to make the people at the grassroots feel their presence in term of development and good Governance.

A statement by the Chief Press Secretary to the Governor, Mr. Taiwo Adisa, quoted the Governor as saying that the chairmen must bear in mind that they would be held accountable at the end of their tenure.

He said: “To the newly elected and sworn-in Local Government Chairmen, let me state that you have the opportunity to deliver good Governance to the people of Oyo State.

The ruling People’s Democratic Party (PDP) won all the 32 Chairmanship seats in the Local Government election held on Saturday.

The oath of office was administered to the chairmen by the Chief Judge of the State, Justice Munta Abimbola, at an event attended by top Government and party functionaries.

While congratulating the chairmen, Makinde said that he is confident that the election in the remaining Local Government, Ido Local Government, where election was rescheduled because of the missing  Zenith Labour Party (ZLP) logo on the ballot, will be won by the PDP

He maintained that the election held on Saturday was free and fair and that it was in line with the Constitution of the Federal Republic of Nigeria, adding that the people of the State have elected their representatives.

“You are the real winners in this process, as you can rightly say that you have elected your representatives. The process was free and fair and in line with the Constitution of the Federal Republic of Nigeria.

“As you may know, the Constitution only allows for the election of officials into the 33 Local Government areas of the State. Also, the Constitution provides that all registered political parties who field candidates can stand to be elected. And so, having allowed all parties to field candidates, the Oyo State Independent Electoral Commission (OYSIEC) has conducted these elections and has declared all 32 candidates here winners in their respective Local Government areas.

“On this note, I now pronounce the 32 Local Government Chairmen inaugurated to the glory of God and for the benefit of the good people of Oyo State.”