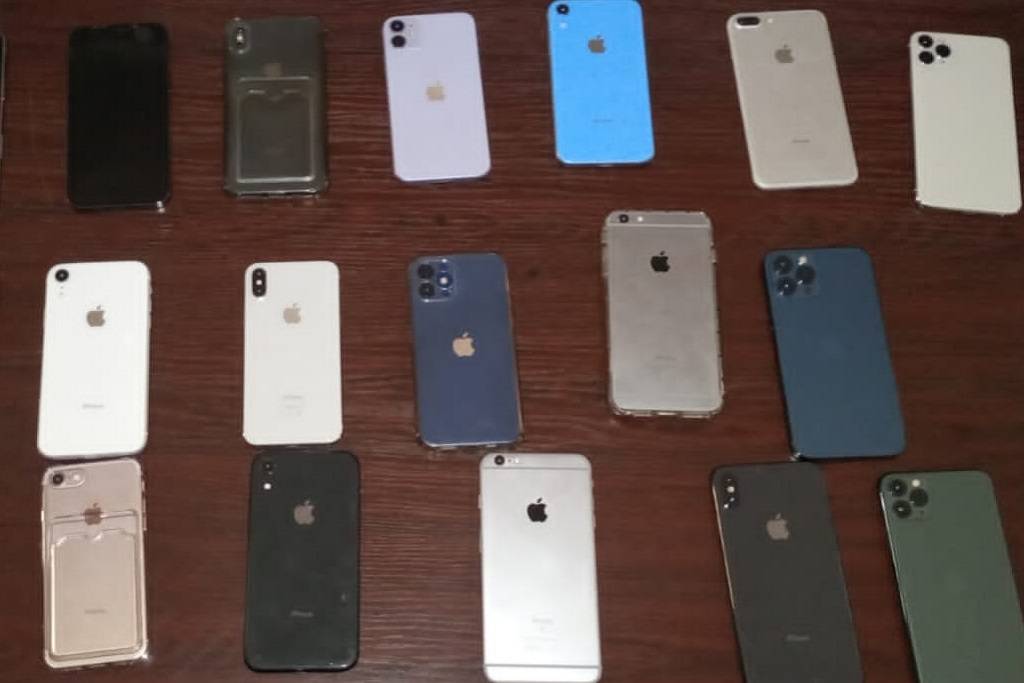 The security outfit said the recovery was made during its raids on black spots and hideouts for criminals in Ibadan.

Director General of Oyo State Joint Security Task Force, Operation Burst, Colonel James Oladipo (rtd), confirmed that about twenty-three Apple-phones were recovered from the suspect, who is now at large.

Oladipo said that this was part of Outfit’s efforts to protect lives and property in the State especially during the ‘Ember months’.

“We have been on the trail of criminals who have been terrorising citizens and residents at strategic locations, especially in Sabo area of the State,” he said.

He said that a surveillance team of the Joint security task force, recently, raided some ‘Blackspots’ in Ibadan where the Apple phones were recovered.

Oladipo therefore called on victims who were recently robbed of their Apple-phones, otherwise known as I-Phones within Ibadan to come forward with proof of ownership, to reclaim them.

The Director General, while assuring the public of the Task force’s immediate response to distress calls, urged them to give useful information that will aid Security Agencies in performing its duties.

Colonel Oladipo also added that the outfit is in synergy with other sister Security Agencies.