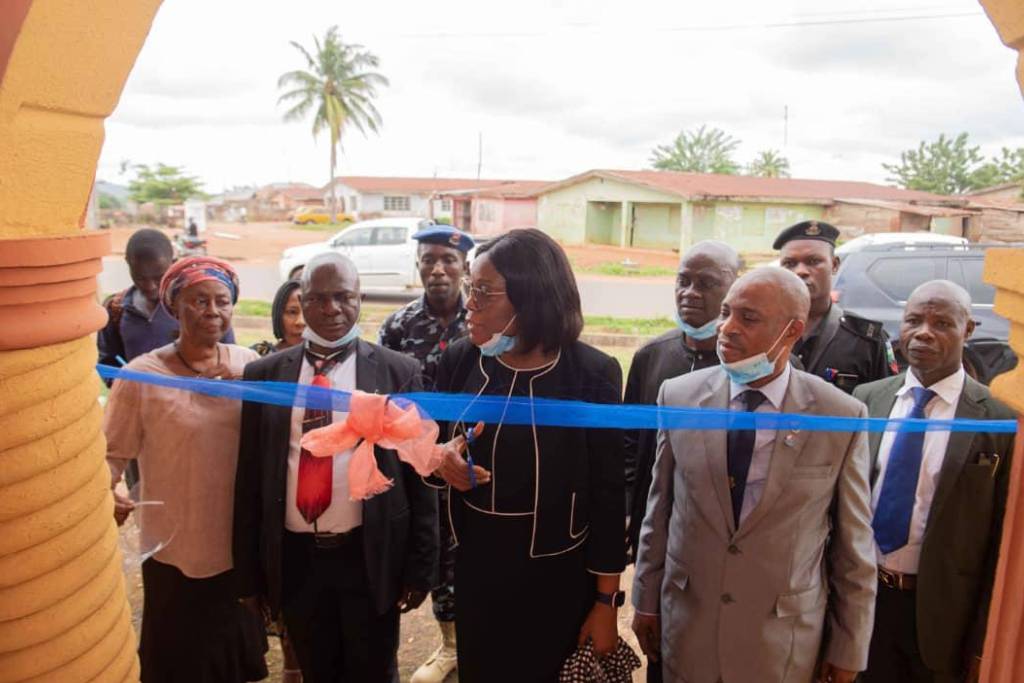 The Oyo State Anti-Corruption Agency (OYACA) has on Wednesday commissioned its Ibarapa Zonal office, which is located in Eruwa, Ibarapa East Local Government.

The zonal offices, among five of its kinds in the State will be a point of collection of petitions and complaints about corruption, fraud and administrative irregularities in the State and Local Government systems.

This was made known by the Chairman OYACA, Honourable Justice Eni Esan during the agency’s sensitisation campaign at Eruwa today.

Eni Esan emphasized that the essence of the location of the zonal offices is to give the People of Oyo State the opportunity to have access to administrative justice, which is free and fair and to nip in the bud all corrupt practices in the State.

She stated further that the administration of Governor Seyi Makinde has Zero tolerance for corruption and administrative practice.

“This is part of the State Government’s activities to flush out all bad eggs in the State, in all spheres of Government sectors.

“The zonal offices, part of which is the one we are commissioning today is to bring nearer to the people, the opportunity to bring to the attention of OYACA, cases of corruption and administrative irregularities.”

The chairperson OYACA reinstated that there is no place for the Agency to be compromised in any way, as all the Management members of OYACA have been investigated thoroughly by the State Government before being inaugurated into the agency’s system.

She also said that OYACA works hand in hand with other Federal Government Anti-corruption Agency like ICPC, EFCC to share ideas on how to conduct investigations on complaints about  corrupt practices.

The retired Justice raged the citizens of Oyo State to lay complaints of any act of corrupt practices as the complainants are protected under the law.

She went further to solicit the cooperation of the people of Ibarapa for the agency to achieve its goals, as activities will begin at office on Wednesday September 1st, 2021.

Speaking at the event, the Chairman, Ibarapa East Local Government, Honourable Gbenga Obalowo commended the present administration for initiating OYACA  and various other programmes, especially to eradicate corruption in the State.

He stressed further that Governor Seyi Makinde has followed due process to put an end to the activities of the corrupt individuals.

Honourable Obalowo said that the people of Eruwa and Ibarapa respect the law and will cooperate with OYACA to move the State forward.