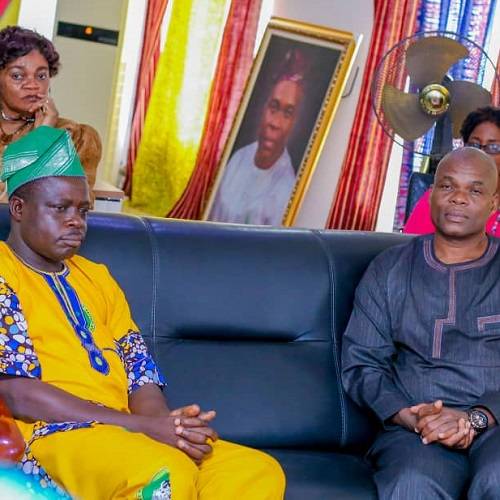 The Oyo State Commissioner for Information, Culture and Tourism, Dr Wasiu Olatunbosun has tasked parents to inculcate the culture of speaking Yoruba language with their children so that the language would not go into extinction.

Dr Olatunbosun said Yoruba people were known for moral uprightness and strive to develop the society, the traits he said were mostly absent in the present world as such good attributes were no longer in existence due to loss of moral values and cultural integrity.

“There is no way the problems we have in our society today will not be there with the loss of morality and integrity that Yoruba culture teaches. Our children are today interested in foreign content in Television and fashion to the detriment of the vast enriched culture of the Yorubas.

“A company invested millions of naira on a TV reality show that depicted a foreign culture and our people stayed glued to it because that is what they loved. You cannot blame the children for the choice they made in foreign content, you have to blame the parents that created room for it.

“Let our children speak Yoruba at home and engage them in deep Yoruba sayings so that in the future, they will say you try your best.”

The Commissioner promised that the Ministry would do all within its power to promote Yoruba culture through on-line media to showcase the rich culture and tradition of Yoruba people to the outside world.

While noting that Yoruba culture was being embraced by the foreigners, Dr Olatunbosun advised the Yoruba to value their language and other traditions in the interest of the future generations.

Earlier in his address, the president of Egbe Akomolede ati Asa Yoruba, Alagba Olanrewaju Akano informed the Commissioner that Yoruba books were being published to propagate the progress of the native language and imbibe the culture of Yoruba speaking and reading into younger generations.