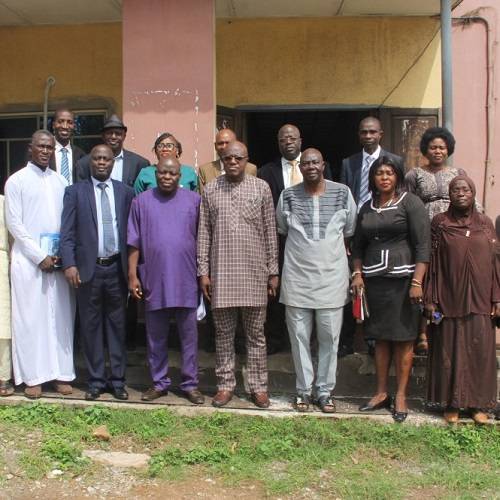 Oyo State Government has charged members of the newly inaugurated committee on enrollment drive to facilitate enrollment, retention and completion of Basic Education in the State.

The Executive Chairman, Oyo State Universal Basic Education Board, Dr. Nureni Aderemi Adeniran said this on Wednesday during the inauguration of an Eleven-man committee on Enrollment Drive Campaign, held at Ibadan.

The Chairman said this would ease the achievement of effective implementation of Better Education Service Delivery for All in Oyo State, saying Government through the committee would embark on an intensive mobilization drive of policy makers, Parents, Community leaders and other stakeholders.

Dr. Adeniran revealed that inauguration of the committee is in tandem with the directives of Federal Government, Universal Basic Education Commission and UNICEF on the implementation on free basic education in the country.

Speaking on the importance of the enrolment drive to the World Bank supported Better Education Service Delivery for All project, Dr. Adeniran noted that the drive would serve as a foundation on which BESDA’s success would be built.

He expressed optimism that the committee would key into Government’s intensive efforts to initiate fundamental reforms in the basic education sector of the State, adding that every out-of-school child must return to school.

Dr. Adeniran further urged the committee to deploy their expertise in various fields to execute the task ahead, by putting in necessary resources for concerted actions towards achieving desired results in the State.

While he opined that the current situation of out-of-school children in Oyo State was not encouraging with a percentage of 18.2 in the South West, the Chairman expressed confidence that the Enrolment Drive Committee would mobilize all stakeholders in returning these children back to school.