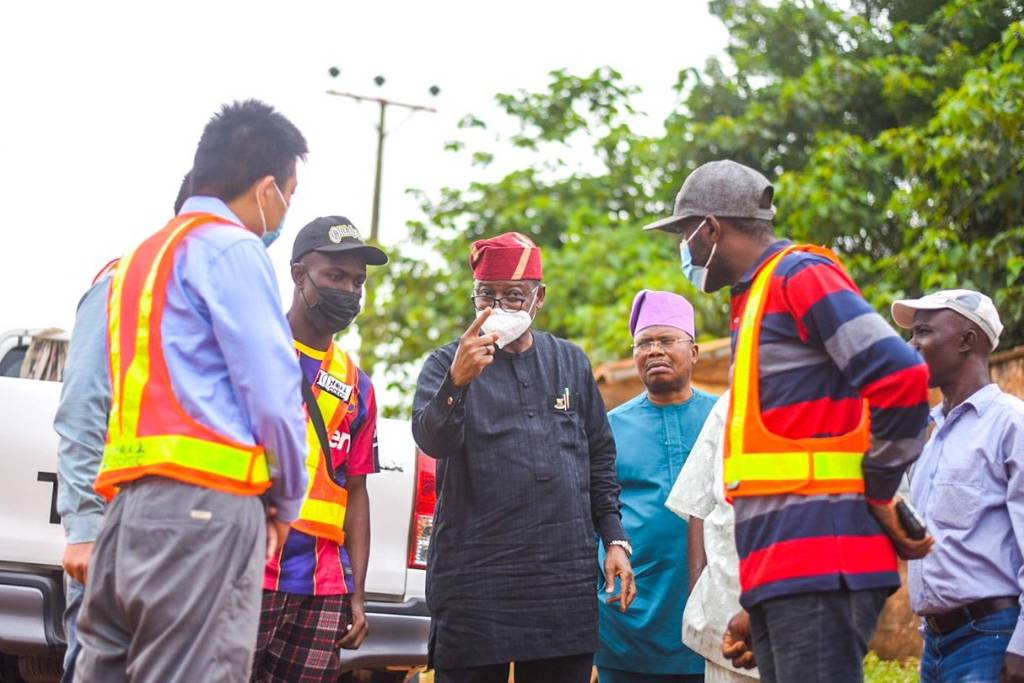 The Oyo State Government has expressed its displeasure over the slow pace of work on the ongoing reconstruction of the Saki-Ogboro-Igboho road and has instructed the Chinese Civil Engineering Construction Company (CCECC) in charge of the project to speed up the work or be faced with the consequences of possible termination of the road contract.

It will be recalled that the construction of the 45kilometres road was awarded in March 2021 with the agreement that it would be delivered after a period of twelve months.

While addressing the representative of the contractor during an inspection to the construction site on Friday afternoon, the Commissioner for Public Works and Transport, Professor Dahud Kehinde Shangodoyin made it known that the State Government would fulfill its promise to the people of Saki and environs by making sure the road is ready before the end of the third quarter.

The Commissioner said, “We are at the Saki-Ogboro-Igboho road. It is 45km stretch, it includes asphalt laying, 7.5 width, the shoulder is 1.5 that is 10.3 in a road, but as it is now, the Contractor has actually completed 95% of the line drain but in term of asphalt and overlaying regulation put together, it is only 39% that has been done and our agreement says that by July 2022, they should have finished.

“They have their own excuses or rather limitations which they want to let me know, but at the same time, the performance is low, their capacity is not encouraging in terms of technicality they are putting in place, also, they are not putting their own resources on this job, because if they have done so the work would have moved farther than this in more than a year.

“So, I actually discussed with the site manager that in ten days time they should have shown enough commitment such that from chainage 00 to 6.4 they should have completed the asphalt laying on that stretch and from chainage 6.4 to the end I want to see a reasonable work done that will satisfy us to say that they can continue with the job, then they will have to come with the revised programme to say “this is what is left and this is how we are going to do it”, so that we will now make sure that we are bullish in terms of monitoring their revised programme so that we can complete this job as soon as possible.

Professor Sangodoyin then pleaded with the people of Saki and environs as well as the rest of the Oke-Ogun region to be patient with the Government as he explained that many factors usually contributed to delays in engineering work, but assured them that the work would be fully ready for the use of the populace at the promised time.

Responding on behalf of the company, the Personnel and Site manager, Mr Afolabi Azeez apologized for the delay, explaining that the rise in the cost of materials was the main reason for slow pace of work, but assured that the work will be delivered as expected.