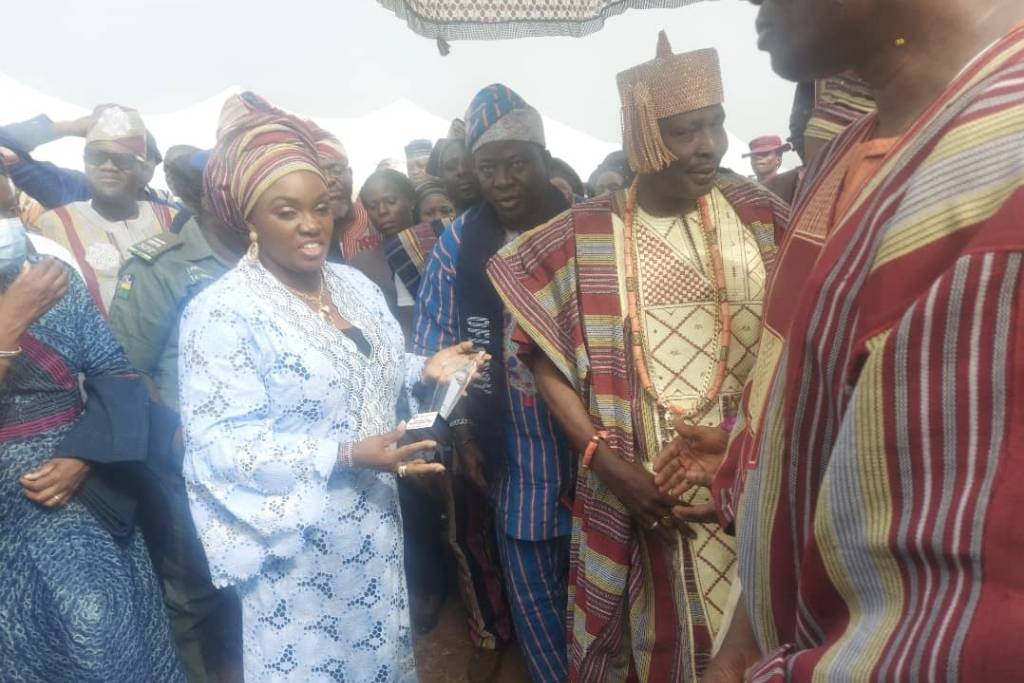 The Oyo State Government and Iseyin Weavers, on Thursday, collaborated to revive and further promote Aso-Ofi festival in the State.

This was disclosed in Iseyin during the grand-finale of Aso-Ofi festival, witnessed by dignitaries in and outside Oyo State.

Speaking at the event, Wife of the Executive Governor of Oyo State, Engr. Tamunomini Olufunke Makinde said the festival would promote the cultural values and heritage of the State.

She appealed to Iseyin weavers not to compromise the originality of the wool used in weaving Aso-ofi, adding that it can never be duplicated.

She also hinted that Aso-ofi has grown to be one of Nigeria’s internationally recognised  fabrics, known for its rich cultural values.

“I appeal to our weavers, put a mark on our heritage, it cannot be made elsewhere. If it is not made here, it is counterfeit”, she said.

The Commissioner for Information, Culture and Tourism, Dr. Wasiu Olatunbosun, said the present administration in Oyo State is committed to showcase and harness the tourism and economic potentials embedded in the festival.

He said that the Aso-Ofi festival, which was last celebrated in 2018, is set for revival and unhindered annual celebrations.

Olatunbosun said, with the Aso-Ofi fabrics and resolution by the State Government to promote it, there will be a revolution in the tourism sector of the State.

He hinted that Oyo State Government is resolute to champion the exportation of Aso-Ofi fabrics in the State, adding that the cultural, tourism and creative industry have been identified as one of the major sectors to diversify the economy.

The State Government’s Spokesman added that Oyo State Government is formulating policies that will aid promotion of this sector, while actions are being taken to unlock the huge potentials in the sector

He said the State Government has found it expedient to increase awareness about the annual festival due to its potentials.

“We are confident that the Aso-Ofi festival is back to and the State Government in collaboration with major stakeholders will be working to revive the festival and promote Aso-ofi beyond the shores of Nigeria.

“We are working hard to ensure that all potentials are harnessed. We are set to work with sponsors, exporters and promoters in order to make it as international as possible to attract, cultural enthusiasts and huge buyers,” he said.

Highlight of the programme was presentation of “The Ambassador of Aso-ofi of the year” award to Governor Seyi Makinde and some notable Iseyin indigenes.

Ministry of Information, Culture and Tourism.