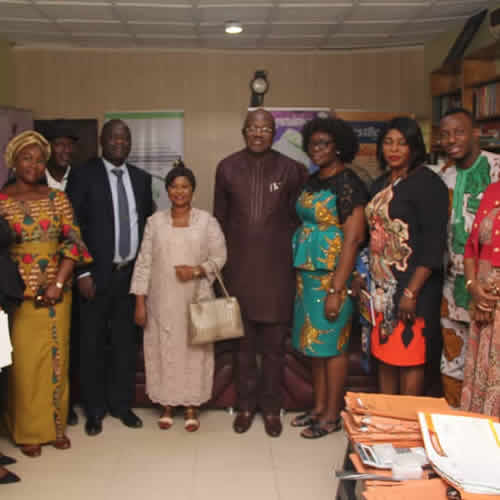 The Oyo State Government has expressed its readiness to collaborate with Non-Governmental Organisations to curb the menace of neglected tropical diseases among primary school pupils in the State.

The Executive Chairman, Oyo State Universal Basic Education Board, Dr. Nureni Aderemi Adeniran made this known when he received executive members of the State Primary Health-care Board and Evidence Action, a non-governmental organisation in his office.

Adeniran who received the visitors on an advocacy visit on behalf of the State Government, promised to lend necessary support required to the team, so as to ensure that Primary schools across 33 Local Governments are reached by the programme.

“We would ensure all Local Government Universal Basic Education Authorities across the 33 Local Governments receive circulars, alerting them of this exercise, ahead of its commencement on November 26, 2019”, he said.

He maintained that although the Board is also looking into ways of engaging in preventive other than curative measures, it is practically impossible for Oyo State Government alone to engage in such activities without involving NGOs.

In his words, “School-based deworming exercise for Primary School pupils in Oyo State is an exercise which shouldn’t be taken with levity, considering the havoc some of these neglected tropical diseases may have caused in some parts of the country.”

The Executive Chairman added that the State Government is fully aware of the dangers involved in the neglect of tropical diseases, saying, “this is why the Government is lending its full backing of the deworming exercise”.

He also expressed optimism that deworming exercise would be extended to out-of-school-children in each Local Government of the State.

The visit by the team was to intimate the Board of the forthcoming deworming exercise, which serves as curative measure for some tropical diseases, especially in rural areas in the State.

Commencing on November 26, the exercise is an annual outreach organised by the State Primary Health-care Board in collaboration with Evidence Action, targeted at Primary school children.

Deworming drugs, such as, Mebenzdazel and Praizquantel would be administered on every child, while it would end on November 29th, 2019.