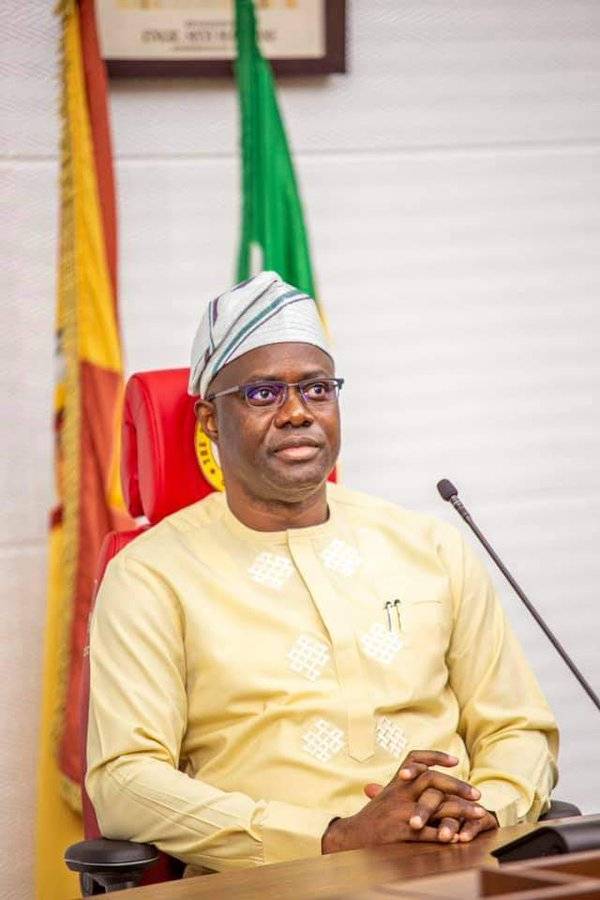 Oyo State Government has disclosed that 3,783 retirees under the State’s civil service, judicial service, teaching, non-teaching, as well as the local government service commission and primary school retirees have been paid #8billion as gratuity till the month of October, 2020.

Sangodoyin said the process of writing to go into retirement and getting issued pension authority certificate as well as being eligible to be paid gratuity was foolproof.

He hinted that 1304 among the retirees that belonged to the State’s main stream workforce like teaching, non-teaching, civil servants and those from the judicial service commission have been paid till October with Three Billion, Sixty Million Naira.

“We have paid 1304 retirees their gratuities from June 2019 to October 2020 and the amount paid is Three Billion and Sixty Million Naira, the beneficiaries are in the categories of teaching, non-teaching, the judicial service commission and the civil servants.

“The process is simple, you write that you are retiring and follow the due process till the papers get to the Auditor-General’s office and it gets back to the Ministry of Establishment where the pension authority certificate will be issued to the recipient, then the person is said to be eligible and on queue for his or her gratuity.

“There is no need for anybody to approach a middleman to help, it is first come, first served, we have reeled out helpline numbers for anyone that has questions or has seen or heard something against the laid down rules of engagement, the numbers are: 08056904055 and 07087647032.”

The Chairman, Local Government Service Commission and Local Government Pension Board, Hon. Aderemi Ayodele said the pension board has been the flagship of the present administration as major promises made by Governor Seyi Makinde during the election campaign period to workers and retirees were met.

“The pension board has been the flagship of this administration because it has been the area where the current government has been extremely diligent in living up to its promises, Governor Makinde promised during campaign that he would be paying workers salaries and pensions of retirees by the 25th of every month, while also seeing a way of settling the backlog of unpaid gratuities that ran into billions during the last administration, I want to thank God for the Governor for living up to expectation.

“The Governor pointedly told us that no retiree of Oyo State must die before his or her entitlement is paid to him or her, that is why we have evolved measures to give a certain percentage to retirees that is certified to be seriously sick and is waiting to be paid gratuity among the waiting list.”

On workers training, the Commissioner for Establishment and Training, Prof. Daud Sangodoyin added that the State Government has released #47million for the ongoing first phase of training for workers in different categories in the areas of business writing, expanded Microsoft training, leadership skills training among others.

He maintained that the Government has vowed to continuously measure the impact of the training on the system and the workforce.