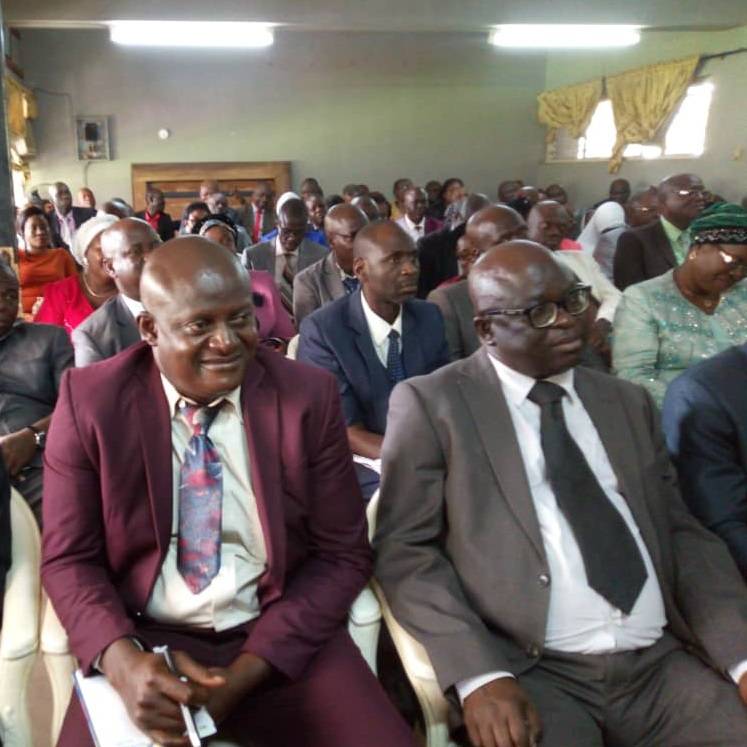 As Part of the oversight functions of Oyo State Local Government Service Commission, the Board will soon begin to pay unscheduled visits to the various Local Governments and Local Council Development Areas in the State, so as to avail the Board of prevailing situations in the working environment and the level of acquaintance of the workers with their job schedules at the third tier of Government, thereby providing the right solution to the identified problem,

The Commission boss who was accompanied to the meeting by members of the Board, comprising Hon. Oyesina Oyedeji, Hon. John Adisa-Oke, and Hon. Christiana Nike Arewa, as well as the Management Team of the Commission, consisting of the Permanent Secretary, Mr. Akin Funmilayo; the Commission’s Head of Local Government Administration, Mr. Akeem Olatunji and other principal officers of the Commission, equally enjoined the top Council officials to be worthy of emulation, stressing that, “It’s only when you are able to replicate yourselves in your subordinates that it can be said that you are worth your salt, and ipso facto, successful officers, ” Hon. Ayodele stated.

While assuring them of the State Governor’s support for them at the grassroots, the Commission boss warned them on the need to be up and doing at their respective stations, stressing the need to reciprocate the kind gesture of the State Government, under Governor Seyi Makinde, who has taken it upon himself to ensure that workers and pensioners welfare is not tampered with under any guise.
“For your information, His Excellency, Governor Seyi Makinde has just approved for disbursement over one billion naira as gratuities for retired primary school teachers and Local Government staff. And he has promised to equally release the same sum for disbursement in December. How else can our Governor demonstrate his love and care for the workers and retirees? ” Hon Ayodele queried.

In his brief remarks on the occasion, the Commission’s Permanent Secretary, Mr. Akin Funmilayo, underscored one of the four cardinal assignments of the Commission bordering on training and retraining of personnel in the Local Government Service. He however stated unequivocally that the training would reflect the areas of need of such personnel, with the aim of boosting their level of productivity. He further enjoined the various cadres in the Local Government Service to get prepared for real training which would keep them abreast of the duties expected to be performed by them to the optimum level.

In their response and vote of thanks, Dr Adedokun and Barrister Suara, Directors of Finance and Supplies of Ibadan North and Ibadan South West Local Governments respectively, appreciated the new Board of the Commission, made up of experienced politicians from various backgrounds, expressing the optimism that the Service would be better for it.

It will be recalled that the Commission had set the ball of the meeting rolling by engaging all the Heads/acting Heads of Local Government Administration in the State, at the Conference Room of the Commission last Friday.