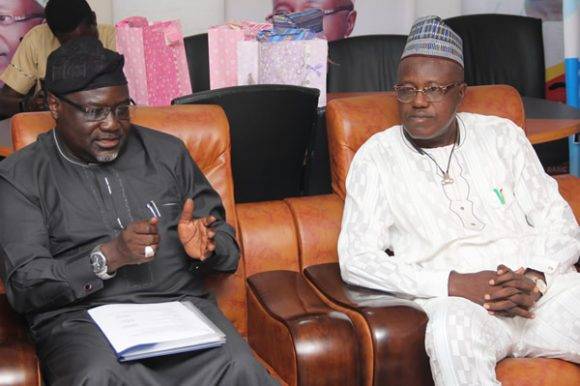 Oyo State Government has said that it is poised to do the needful to access the sum of Two Billion, seven hundred and twenty four million, five hundred and sixteen thousand, three hundred and seventy three Naira, seventy kobo (N2,724,516,373.70) outstanding funds from Universal Basic Education Board, UBEC, adding that this will help the Governor-Seyi Makinde led administration’s effort at better education delivery in the State.

“Government will ensure that Oyo State Universal Basic Education Board benefits from every unassessed fund at UBEC”.

He said if accessed, the funds would be channeled into the development of education in the State, thereby encouraging enrollment in public schools across the State.

Dr. Adeniran said the Board would also involve education stakeholders in addressing the menace of out-of-school children in the State.

Lamenting the increasing number of such children, Dr. Adeniran promised that the State Government through the Board would involve all stakeholders, such as traditional rulers, parents and educationists to ensure an aggressive enrollment of these children in public schools.

The Chairman promised that 2018 UBEC/SUBEB Projects would not be sited based on political considerations, rather on needs of each school.

“Governor Seyi Makinde is committed to education in the State, and he considers that Basic Education is pivotal to the development of the state. Therefore, politics will not be a yardstick in siting schools. Rather, we would consider each school’s needs”, Dr. Adeniran said.

He further harped on Oyo State Government’s resolve to contribute its quota on promoting equitable and quality basic education in the State, and by extension in Nigeria.

Speaking earlier, the Director Administration and Supply, UBEC, Rt. Rev. Edwin Jarumai, who represented the Commission’s Governing Board, urged the Government to do the needful in accessing it’s outstanding funds.

He further commended the State Government’s concerted efforts at completing various UBEC/SUBEB Projects across the State.

“We went to some schools, and I must say we are impressed by the spate of work being done”

He continued, ” We call on Oyo state Government to please do the needful to access all categories of fund with a view to promote basic education in the State”.

Likewise the State Government is expected to access an outstanding Teachers’ Professional Development fund of  N553, 458, 211.30 allocated between year 2009-2018.