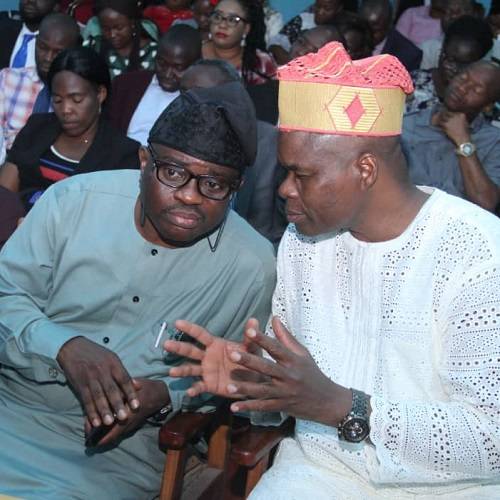 Posted at 11:43h in Board Of Internal Revenue, Featured News, Ministry of Agriculture Natural Resources and Rural Development, Ministry of Education and Technology, Ministry of Health by Oyo State ICT 0 Comments

The State’s IGR was reported to be between #2billion and #2.5billion during the tenure of the former Governor, Abiola Ajimobi.

This was revealed by the State Commissioner for Information, Culture and Tourism, Dr. Wasiu Olatunbosun at a One Day Workshop for the State media officers which held at the Film Theater of the Ministry on Wednesday.

Olatunbosun said the four cardinal focus of the administration were education, primary healthcare, agro-business and security and all efforts were concentrated at plugging tax holes so as to increase the State’s revenue, urging the media officers to key into the agenda of Governor Makinde to achieve the set target.

“It is the belief of Governor Seyi Makinde that Oyo State can be taken from a Civil Service-propelled economy to an agro-business-driven economy and before the first term of this administration runs out, we will be looking towards achieving about #20billion IGR target.

“You cannot enlighten people as a media practitioner if you are not enlightened, therefore the current administration believes in training of its officers to achieve maximum yield and productivity, especially for them to key into the agenda and aspirations of the Government.

“This Government is pro-people and would always deal with communication from the bottom to the top, we believe in the use of town hall meetings where all stakeholders would gather and set target for Government as well as give feedback on the activities of the administration.

“All these require Government media officers to be up-to-date, diligent and efficient, they are the reasons Government has embarked on training the officers in this particular cadre among others,” he declared.

Also at the event were the Chief Press Secretary to the Governor, Mr Taiwo Adisa and the Executive Assistant to the Governor on Administration, Rev. Idowu Ogedengbe, who said the State Government was working towards improving human capital index of the State workers towards enhancing the economy of the State.

One of the State Media officers, Mrs Temilola Akarah said she benefited immensely from the training as the last time the State Government organized such for the media officers was over ten years ago, urging the  Government to continue to provide facilities needed for their job.