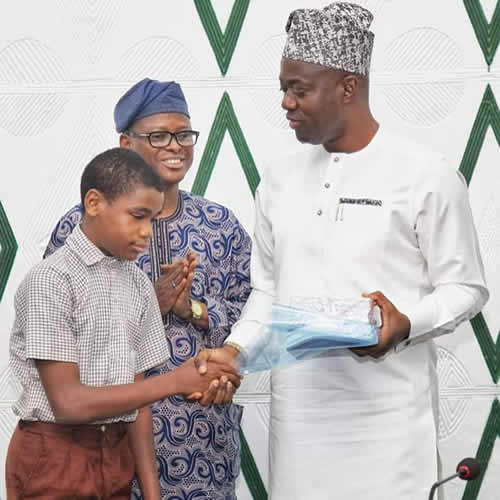 The Governor, who made the promise at the kick-off of the distribution of free textbooks and exercise books to all students in the State, said that all hands must be on deck to ensure improved standards of education in the State.

A statement by the Chief Press Secretary to the Governor, Mr. Taiwo Adisa, quoted the Governor as promising to jerk up education budget to 12 per cent from the next budget cycle.

The Governor further said he would take Oyo State to an era where education will be well-planned and well-funded.

The Governor said: “I enjoyed the same gesture from the Government of Oyo State in 1980, so what we are doing today is not new. They provided for us chairs, tables, rulers, pencils, Mathematical Sets.

“We need to reclaim the lost glory of Oyo State and reposition it among other States of the country.”

He expressed optimism that the State would have a better rating in next year’s school certificate examinations due to his Government’s current interventions in the education sector.

Governor Makinde equally tasked the students to take their studies seriously so as to perform excellently in their various examinations.

Earlier, the Commissioner for Education, Professor Kehinde Shangodoyin, noted that the books would go a long way to help students perform well in their academics.