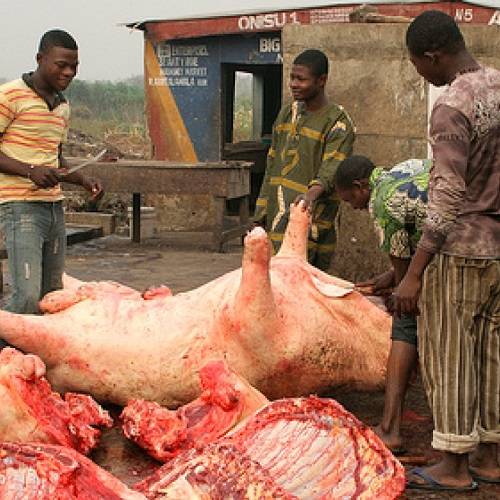 The State Commissioner for Agriculture and Rural Development, Honourable Ojemuyiwa Jacob Ojekunle disclosed this in his address at A One Day Symposium organized by the Nigerian Veterinary Medical Association, Oyo State Chapter, held at House of Chiefs, Secretariat, in the State Capital at the weekend.

According to the Commissioner who was the chairman of the event, the present administration in the State, under the leadership of Governor Seyi Makinde as part of its pursuant to avert unemployment and  provide hygienic meat for people’s consumption, would create three more abattoirs in addition to the one at Akinyele, adding that the step would avert  health hazards emanating from meat consumption.

Hon. Ojemuyiwa pointed out that the passion of Governor Makinde for Oyo State was unmatched, judging from his level of commitment to industrializing the State through agricultural revolution.

He therefore called on everyone, particularly stakeholders in agricultural business to key into the Government economic blueprint.

“The symposium is very commendable because it is timely. The essence of this program is to sensitize the public on the need to eat more importantly, healthy meats because if you look at health hazards associated with consumption of unhealthy meat, it is very huge and the State would be overwhelmed in any case of outbreak of epidemic.

“We have been doing our bits as stakeholders but we have to do more. The present administration is working on establishing three more abattoirs within the State to achieve a virile healthy meat processing and consumption.”

The Commissioner however commended the association for complementing Government’s effort in sensitizing public on the importance of healthy meat for consumption and for the one day program on free anti rabies immunization to dogs in order to wade off spreads of epidemics in the State.