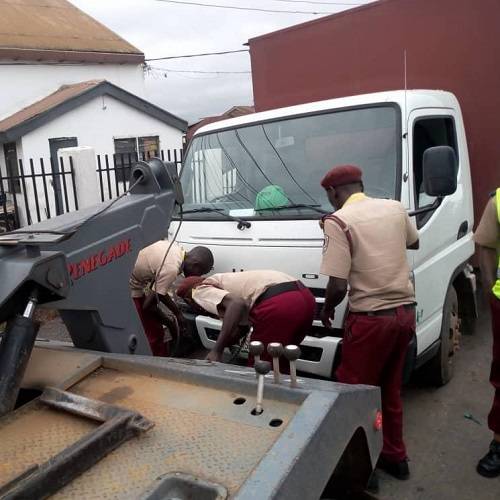 The Oyo State State Road Transport Management Agency (OYRTMA) has announced the immediate deployment of its officers to some critical areas of the State, especially within Ibadan metropolis to control and maintain free flow of vehicular movement in the night as it has noticed an increase in traffic flow into the State at night.

The decision, according to the head of the agency, Dr. Akin Fagbemi was premised on the effect of movement of people from neighboring Lagos, Ogun and Osun States to the State capital, Ibadan where commercial activities and security of lives and properties have experienced growth.

Fagbemi added that from the discovery of the agency, the influx of people from these States with vehicular pressure has multiple effect on the roads and services that the hitherto 1.5 million vehicles earlier recorded were enjoying, which necessitated the move to extend the services of his officers from the day time to night patrol.

“The conducive environment created for both business and residential purposes by the present administration, under governor Seyi Makinde has triggered an exodus of thousands of people and vehicles from our neighboring States of Lagos, Ogun and Osun, this has significantly added to the over 1.5million vehicles plying the available roads in the State thus forcing immense pressure on traffic flow to extend to late nights in certain parts of the State particularly in Ibadan, the State Capital.

“As a responsive Agency of Government, the onus is squarely on us to ensure orderliness and enforce compliance to the State Traffic and Safety rules and regulations.

“Additionally, base on popular demand of citizens of the State to have our men and officers at certain strategic locations, management has approved with immediate effect, deployment of OYRTMA operatives to man various strategic spots at night in a bid to ensuring free flow of traffic across Oyo State.”

(Dr.) Akin Fagbemi reaffirmed the will and dedication of the agency to do all that is necessary to ensure free human and vehicular movement across the State irrespective of the volume of vehicles available in the State.

The agency had recently impounded over 50 trailers that parked indiscriminately around the Iwo-Road axis of the Lagos-Ibadan expressway as they were said to be constituting disturbance to commercial activities in the area as well as causing traffic hold-up on the busy road.