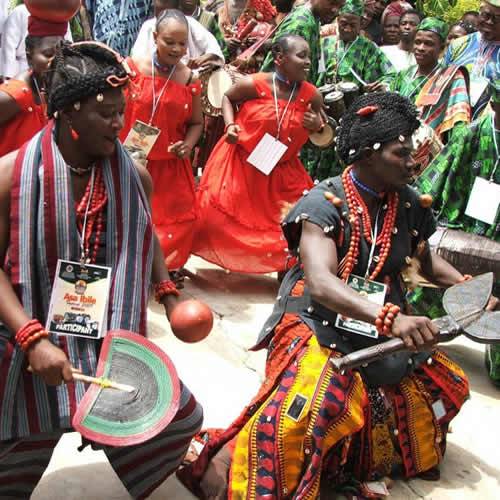 Oyo State Government has called on Nigerians to see the promotion of their various cultures as viable means of generating foreign exchange income for the nation and the States concerned.

The Commissioner for Information, Culture and Tourism in the State, Dr. Wasiu Olatunbosun stated this at the 2019 Annual Sango Festival which held at the Palace of the Alaafin of Oyo, Oba Lamidi Adeyemi 111, at Oyo town, where he represented the Governor, Engr. Seyi Makinde on Saturday.

Olatunbosun said Governor Makinde was eager to use all legally possible means to revive the economy of the State so as not to rely on the federal allocation which, according to him, could not cater for the basic need of the people of the State.

He said the present administration was looking for ways of boosting its internally-generated revenue while the moribund State-owned companies would be revived to anchor job provision and commercial resuscitation that would help the State to be financially free from going cap in hands to Abuja for monthly allocation and monetary aids.

“Our rich culture like Sango festival is enough to earn us foreign currencies if well promoted and given the right support. The present administration is ready to work with the Iku Baba Yeye, Alaafin of Oyo, our revered father, Oba Lamidi Adeyemi 111, to see to the possibility of gaining another millage in generating revenue from cultural tourism through cultural festivals like Sango festival.

“We shall continue to support this and every other important festival that exhibits Yoruba culture as iconic among other cultures in Nigeria and other parts of the world. These cultural celebrations are in themselves capable of giving the State the financial freedom we seek through agriculture, commercial development by revamping abandoned State-owned companies and invitation to foreign investors to come and establish businesses here.”

The Alaafin of Oyo, Oba Lamidi Olayiwola Adeyemi called for collective voice of Yoruba people towards chatting a prosperous economic roadmap for the nation.

The first class royal father said the ailing economy of Nigeria needed the support of all tribes, especially Yoruba sons and daughters that have the intellectual wherewithal to help Nigeria survive her security and economic woes.