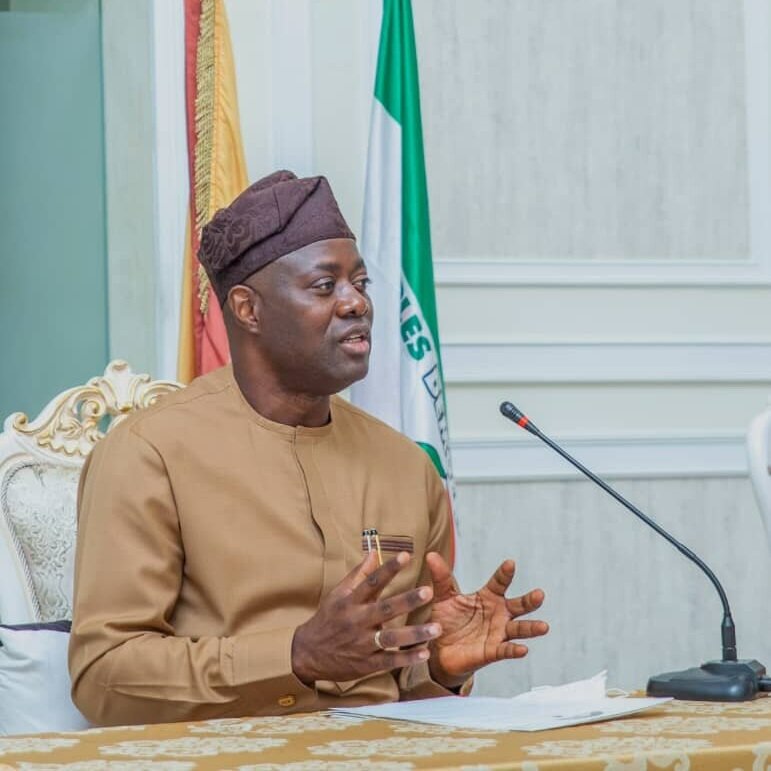 It seems like just yesterday that I was invited to speak at the official inauguration of this distinguished group, the PDP Southwest (UK) Chapter. And it’s one year already. How time flies! Well, last year, we all met in person, but this year the COVID-19 pandemic has made that impossible. Let me commend you for organising this anniversary event as an online one. It just goes to show that as a party, we can always overcome despite our crisis and challenges. We will always take advantage of opportunities and make the best of it.

In fact, the strategies we have implemented and which we should keep implementing to overcome the peculiar challenges our party faces in the southwest will form the basis of this presentation. I want to specially thank you for giving me another opportunity to share my thoughts on these matters.

I remember that during your inauguration, one year ago, I stated that the PDP has one job and one job only. Well, it is actually a three-pronged job: regroup, refocus, re-strategise.

In the past year, I have participated in various meetings aimed at achieving these objectives. One of the key issues we identified is that of factions within the party. We needed to regroup. And so, earlier this year, we held the PDP Southwest Unification Rally here in Ibadan, that saw party stalwarts like Chief Olagunsoye Oyinlola of Osun State and Chief Segun Oni of Ekiti State return to the PDP. Also, former Deputy Governor, Ambassador Taofeek Arapaja in Oyo State has returned to the PDP.

You will recall that one of the factors that led to our loss in elections in Ondo, Ekiti and Ogun States is the internal crisis in our party in those states. So, as part of our regrouping strategy, in mid-June this year, our southwest leaders met, here in Oyo State to look at some of the other challenges that have been confronting the party. We talked about equity and fairness in the distribution of positions due to the zone, and resolved to do everything in our power to build a stronger, more vibrant and cohesive unit.

Everyone in the party has to have a sense of belonging, and that can only be achieved if we make equity our watchword.

One result of that meeting is the recent dissolution of the PDP southwest zonal caretaker committee. As you may already know, we now have a new caretaker committee in the southwest. The new committee will be in charge for the next three months as we head to the polls in Ondo and Edo states where we are trusting that our party will have a good showing.

As I have always maintained, people are influenced by what they hear, but they are moved by what they see. And so, in refocusing our party, we must show that the people come first. If we are to take back the reins of power in the southwest, we must demonstrate that we are better than any of the other alternatives. We have to remain focused on delivering good governance to the people.

In Oyo State, we have continued to do that. We celebrated our one year in office by showcasing impactful policies and projects. These past months, despite the pandemic, we have continued to put the people first as we have carried on affairs of government. I remember that the last time I shared with you, I asked one thing of you: That you should help us by talking about the good things that we are doing. Because “when good things are not given prominence, the consensus is that only bad things are happening.”

Please permit me to share with you some of the good things that we have been doing.

Let me start by reporting that the Pacesetter Quarry & Asphalt Plant at Moniya which I spoke about last time is now up and running. It has been handed to Carboncor Road Technology Ltd as concessionaires in a public-private partnership arrangement with the Oyo State Government. Aside from the funds and jobs this once-moribund company will generate, we are also looking forward to having them produce the asphalt we need for road projects in the state. This will go a long way to sustaining our economy.

Also, we are injecting funds into our economy as part of our post-COVID-19 economic recovery plan. We have opened the Oyo State Micro, Small and Medium Enterprises (MSME) Development Fund. This is a N1 billion stimulus package that will be disbursed through Microfinance Banks at a single-digit interest rate to facilitate the growth of MSMEs in the state.

Let me again call on those of you in the diaspora to invest in Oyo. If we are to build a formidable southwest, then it has to be one that thrives economically and we have to use what we have, Oyo State, to show what we can do in Ekiti, Lagos, Ogun, Ondo and Osun states when we are given the chance.

Of course, all the issues that we have within the party will not disappear overnight. It will take continuous effort on the part of all stakeholders. For example, we have the choice of finding people who are the right fit for the job and allowing a democratic process to govern their emergence as flag bearers. If we compromise on internal democracy, we give the impression that we cannot uphold democratic tenets when voted in.

But the good news is that our heart is in the right place, and we are taking concrete steps to ensure that we present a more unified democratic front.

Our elders say when a woman marries two husbands, she is in the best position to tell which of the two have given her a better bargain. Nigerians in the southwest have had an opportunity to compare years of rule by the two major parties and a few smaller ones. When you feel their pulse, you will see that they are now gearing towards choosing people and not parties. This is the opportunity that we now have before us. An opportunity to show that the PDP, as it is now, has an ideology backing it.

Elections continue to be a game of numbers. We cannot get everyone on our side, that would amount to a one-party state. Our job is to get the majority on our side by showing we have a superior offering. And so, in re-strategising and repositioning, it would be great to have an ideology that drives the party and its actions, and there is no better place to create and push this ideology than from the southwest PDP.

So, as you celebrate one year as an interest group, it is time to start setting and pushing the ideology agenda. Let us regroup, refocus and restrategise and together we can build that party that will be the better husband.