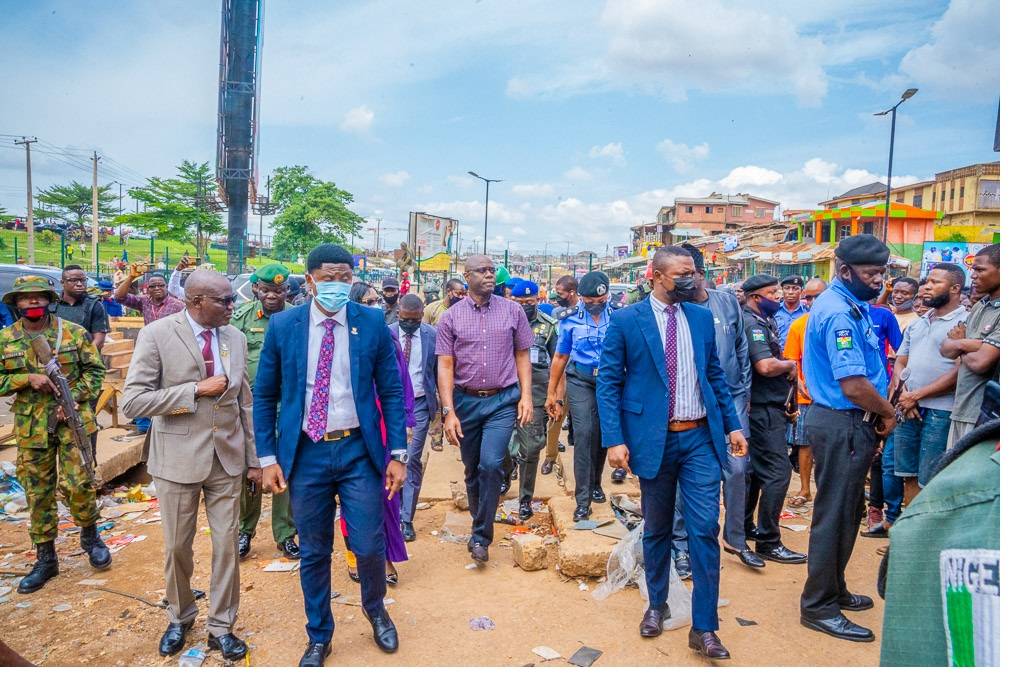 The Governor, who toured the affected area, said that the Government will bring perpetrators of the act to book.

Makinde described the occurrence as unfortunate, adding that his Government has ordered investigations into the violent act.

A statement by the Chief Press Secretary to the Governor, Mr. Taiwo Adisa, quoted the Governor as saying that the Government will sanitize Iwo Road and equally review the Park Management System.

He said: “I visited the scene of the Iwo Road incident this morning. The loss of lives during the incident that occurred is unfortunate and should never have happened.

“I give you my word that we will ensure that everyone involved in the dastardly act is brought to book.

“I have ordered investigations. In the meantime, we will sanitize the area behind Iwo Road where cultists congregate, and review the Park Management System.

“We have also informed the phone sellers to choose representatives who will discuss how we can assist them.”

Some of the phone sellers in the area were alleged to have been victims of the crisis.