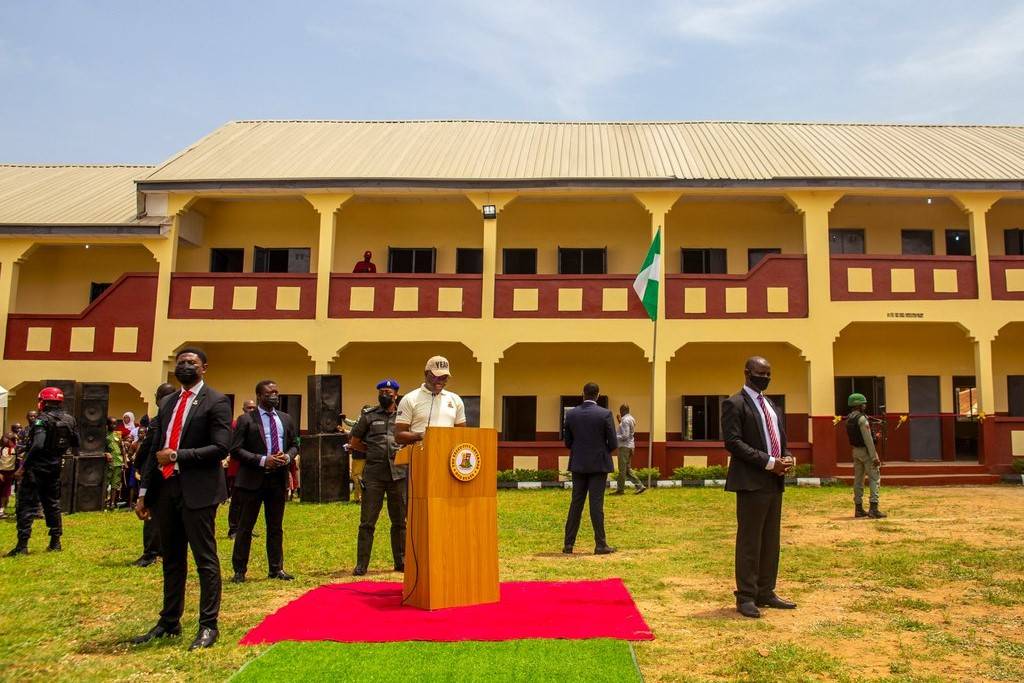 Governor of Oyo State, ‘Seyi Makinde, said on Monday that his administration will continue to use data, science and logic to arrive at the best decisions that will positively affect the people of the State.

The Governor stated this while commissioning a model school building at the St. Paul’s Anglican Basic School, Okutapemo, Iseyin, to commemorate his second anniversary in office.

A statement by the Chief Press Secretary to the Governor, Mr. Taiwo Adisa, quoted the Governor as saying that his administration has paid UBEC counterpart funds of 1.51billion Naira for 2019 and 2020.

While speaking at the Iseyin venue of the model school building, Makinde maintained that the building is one of 26 such projects completed in the last one year across all zones of the State.

He added that the Government has also equipped hundreds of schools with furniture, textbooks and notebooks.

According to Makinde, upon assuming office, the Government found out that the number of out-of-school children in the State was the highest in the South-West, while lack of education infrastructure was also rampant.

The Governor maintained that through scientific thinking, data and logic, the Government has been able to reduce that infrastructure deficit in the education sector by building and renovating more schools and providing furniture materials and equipment.

He added that the Governor has also plugged the hole in school enrolment, with the return of 54,000 out-of-school children to the classrooms.

He said: “When we looked at the data for education after we got into office two years ago, two things stood out. We had a huge number of out-of-school children. We had the highest number of out of school children in South western Nigeria.

“Even those who were in school lacked proper facilities and a conducive learning environment.

“So, we had to come up with solutions that would address these challenges. One of the things we noticed immediately was that the number of out-of-school children was a symptom of a bigger problem: The problem of poor funding. So, one of the first things we did was to reverse the trend of poor budgetary allocation to education. “We revised the budget we met and increased allocation to education from about 3 per cent to 20 per cent.

“And when we made our own first budget, we allocated over 20 per cent to education, which surpassed the UNESCO-recommended 15-20 per cent. For the past two years, this has remained the standard. Education gets over 20 per cent of our budgetary allocations.

“A related problem was that basic education was suffering from poor infrastructure. The reason being that the funds for basic education is tied to a counterpart funding programme designed by the Federal Government. Any State that does not pay UBEC counterpart funds will not get UBEC matching grant and their development will suffer.

“So, when you hear that we completed over 300 hundred projects in education during our first year in office and this second year we have added another over 300 projects, you will understand we are not just throwing around figures. These are verifiable projects.”

The Governor maintained that the administration has been investing heavily on education because of the awareness that one of the sure ways of lifting families out of poverty is giving the children access to education.

Similarly, the Oyo State Coordinator of the Universal Basic Education Commission, Dr. Lydia Gbagi, hailed the Makinde Government for the laudable project, describing it as unprecedented.

She added that Oyo State has accessed all its funds with UBEC by paying its counterpart funds up to date, commending the Government for taking great interest in education.

At the OYSADA Complex, the Executive Adviser to the Governor on Agribusiness and the Director-General of OYSADA, Dr. Debo Akande, said the YEAP training will develop selected beneficiaries in areas of Agribusiness enterprise development spread across the five regions of Oyo State.

Equally, Governor Makinde said the Government decided to rehabilitate the facilities at the defunct OYSADEP Complex and make it the headquarters of agribusiness in Oyo State because it was commonsensical to do, as Oke-Ogun zone has been the food basket of Oyo State.

“Some of the youths involved in the pilot programme are presently running internships at selected private agribusiness organisations which are partnering with the Oyo State Government. So, this is one of our Government-led and private sector supported projects. Today, we are giving another 1,000 youths the opportunity to be trained in agribusiness. Let me congratulate the 1,000 youths that have qualified to be the pioneer class of our Youth Entrepreneurship in Agribusiness Project. I am also happy that all administrative activities regarding this programme will run from here.

“With this commissioning, we are taking another giant leap towards the development and opening of this area. All the former staff of OYSADEP that were moved to OYSADA have now relocated to Saki. This facility will now become the seat where all agribusiness transactions will be made. The staff are now closer to the people that need them. This will have a multiplier effect on the economic activities in this zone.”

He added that Agribusiness investors will come to OYSADA headquarters in Saki and that those who run hospitality businesses will have to step up to cater to their needs.