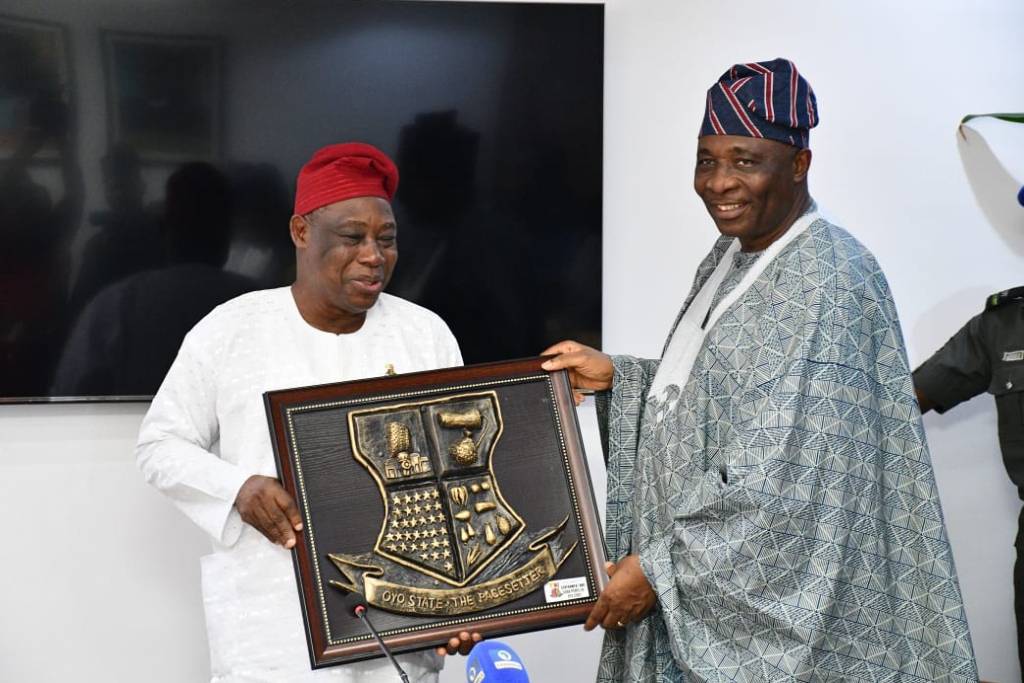 …as Senate Committee commends Makinde for massive projects in Oyo

The Deputy Governor of Oyo State, Barrister Abdulroheem Bayo Lawal, on Wednesday, declared that the State Government will adequately sensitise the people of the State on the positions and gains of the amended Electoral Act 2010.

Lawal stated this while receiving the Senate Committee on Electoral Matters led by its Vice Chairman, Senator Olalekan Mustapha, on behalf of Governor Seyi Makinde.

A statement by the Chief Press Secretary to the Governor, Mr. Taiwo Adisa, indicated that the Deputy Governor received the Committee at the Conference Hall, Secretariat, Ibadan, noting the State will use various fora to help the Committee amplify and expand the message to the nooks and crannies of Oyo State.

He added that the country has been making progress with regards to election conduct and management.

He said: “The Electoral Act 2022 represents a significant departure from that of 2010 as amended. I happened to operate Electoral Act 2002 as a lawyer and there were various amendments up until 2010.

“Even in 2010, few alterations happened and we operated with the court, interpreting all the positions of the Act. But the worst aspect of it was the election of 2011 when incident forms were introduced in the conduct of the election. “And that occasioned many manipulations to the extent that international observers declared the elections of year 2011 as imperfect in Nigeria.

“That was the only time we have heard that from international observers.

“Progressively, Nigerian is making progress with respect to electoral processes. But the recent one, even though we cannot say a piece of legislation is completely perfect, they captured all of those imperfections. “We have been able to identify and codify as an Act.

“The Act of 2022 was used in the last election in Osun State and even before INEC declared results, we all knew what was coming out. “INEC was only giving imprimatur of authority by declaring results. “Respective political parties already knew the outcome of the exercise. “So, this sensitisation is good and coming at an approprate time. This will make members of the public to be aware of what they are expecting to come across in the 2023 general elections

“Gone are the days of ballot box snatching, which is quite significant. “Sanity is being introduced now, because parties must work hard to make sure their candidates win the election as there is no magic. As you get accredited, you vote and your votes will count and that is the hallmark of electoral transparency.

“So, we thank the Senate for making this significant amendment of the Electoral Act 2010, which is translated into different Electoral Act 2022. The sensitisation is not just about this Committee, as I believe INEC will take it upon itself a little more than what the Senate Committee is doing. This is because we must have a template across the nation to give impression that it will no longer be possible to rig election.”

“As a Government, I can assure you that this message will be put on various fora to help amplify and expand the message to the nooks and crannies of Oyo State.”

Earlier, the Vice Chairman, Senate Committee on Electoral Matters,  Senator Mustapha, said that the purpose of visit was to sensitise the Oyo State people on the Electoral Act 2022

“The last Electoral Act we had was in 2010 and there were many infractions in it. “We have come so that we can let our people know that there are certain rights they don’t have to sleep upon. As it is now, activities of every party must be monitored by INEC.

“You would have noticed a lot of things going on in the country, like people trying to replace candidates but they can no longer do that. “This is one of the reasons we have come around to enlighten our people and to let them know that this Act has actually returned power back to the people, and I think a lot of our people are happy with this.

“The turnout is quite impressive and participants went home with good impression of the process of electioneering in the country. “We also want our people to know that everything we are doing in the National Assembly is in the interest of our people.

“We have taken note of the various progressive projects being done in Oyo State. We are happy and we really commend the Government of Oyo State.”