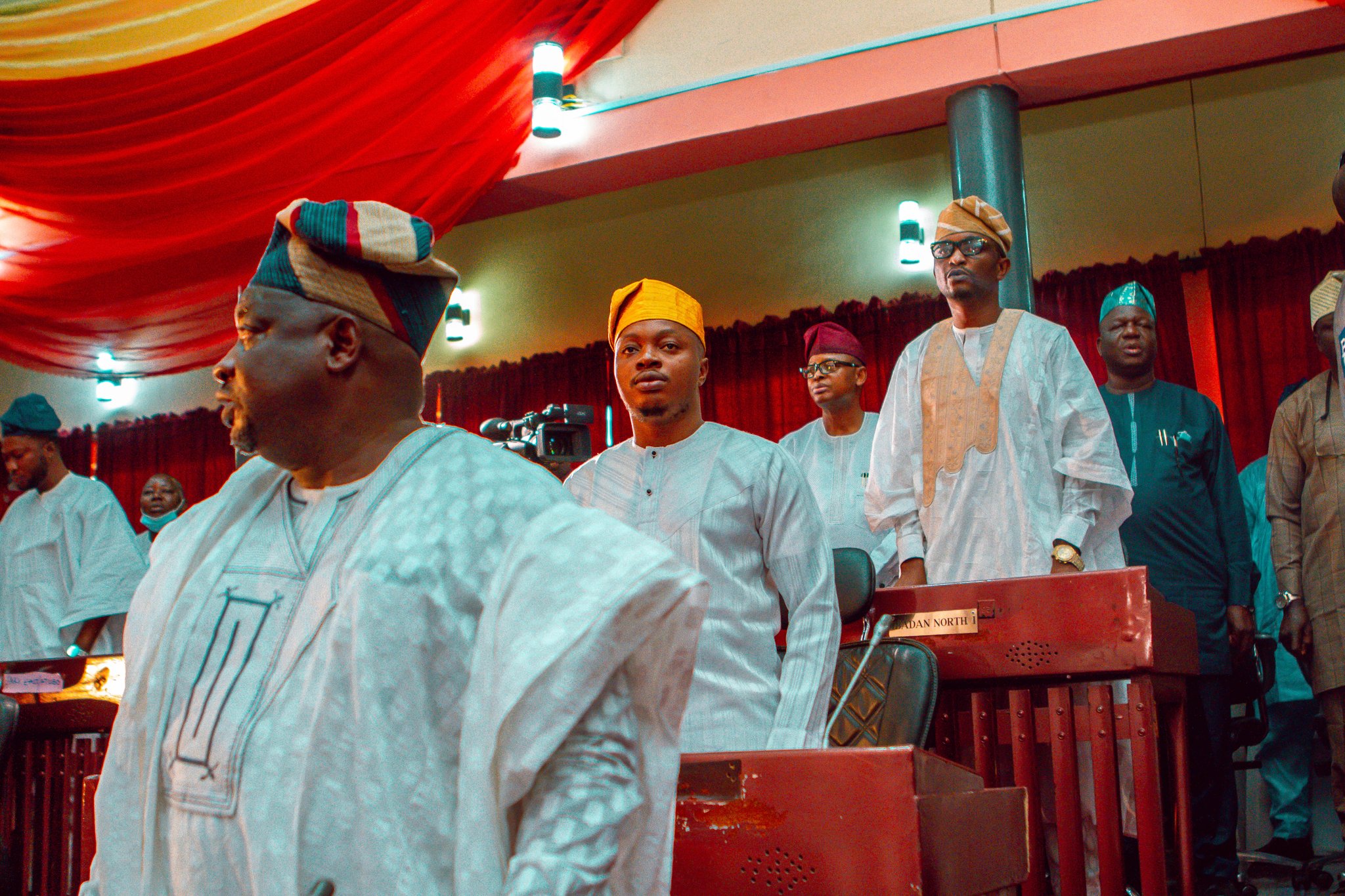 The Oyo State Local Government Service Commission Chairman, Hon. Aderemi Ayodele, has eulogized the accountants in the Local Government Service for their display of competence, dedication, intelligence, integrity, and particularly commitment to the uplift  and progress of  service, under the able leadership of His Excellency, Governor Seyi Makinde.

The Commission boss made this remark during his conferment of Distinguished Merit Award by the prestigious Institute of Chartered Accountants of Nigeria (ICAN), Ibadan and  District Society, at Jogor Event Centre, Ring Road, Ibadan.

The Chairman, who was conferred  with “2020 Distinguished Merit  Award”, due to his excellent performance since his assumption of office as the Commission’s  boss a year ago, equally promised that the agency would continue to give the accountants their   pride of place  in the service, inasmuch as they continue to make the Local Government proud, pointing out that a lot of accountants in the service are also lawyers and PhD holders, while the immediate past Permanent Secretary of the Local Government Staff Pension Board and the current Permanent Secretary of the Commission, Comrade Bayo Titilola Sodo (a lawyer) and Mr. Akin Funmilayo respectively, are both accountants.

“Is it not a thing of joy that Oyo State is really blessed to have  cerebral people like these in the Local Government Service? How much more those who have risen to the post of heads of Local Government administration, as well as directors in their careers?” Hon Ayodele queried.

Speaking further, the Commission’s  boss used the medium to express his gratitude to the Executive Governor of Oyo State, Engr. Seyi Makinde, for making the capacity building of Civil /Public Servants in the Pacesetter State of paramount importance to him, affirming that only trained minds can deliver an effective and efficient service. “The beauty of it is that the training of workers is going on concurrently, both at the State and Local Government levels, and this has impacted positively on service delivery,” Hon Ayodele reiterated.

Earlier in his address of welcome, the Chairman, Investiture and Annual Dinner Committee, Ayuba Quadri Olayemi, had said that the 2020 dinner was unique as it was packed with showcasing of the esteemed council members who had set a very admiring benchmark for others to emulate, as well as celebrating the 21st Chairman of the district and other executive members.

In his own keynote  address, the 21st Chairman of Ibadan and District Society of ICAN, Mr. Abiodun Adedeji, said Nigeria needed prayer and sincere commitment to her unity and growth in this time of many crises facing her as a nation. “Many people will look up to us as Chartered Accountants to provide solution to all the myriads of problems facing various organizations, be it public and private sectors. The economy as a result of Covid19  coupled with the recent unrest has put pressure on accountants to help some of the organizations to navigate through the storm of reduced income and increased expenditure.” he said.