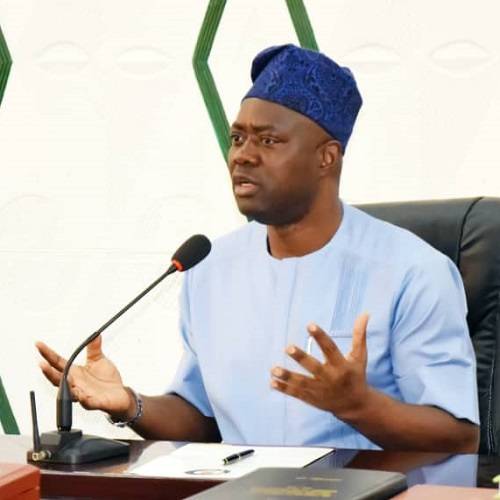 Transporters parking to load and offload passengers along the Ojoo Interchange at Akinyele Local Government in Ibadan have been given three days to vacate the place and use the designated Akinyele Trailer Park.

The three day ultimatum given to commercial transporters was to ease the traffic situation along the Interchange towards UI road as well as the road leading to Lagos-Ibadan expressway from Ojoo.

The directive has indicated a ban on the activities of motorists along these routes which would attract stiff penalties when caught.

The Permanent Secretary, Ministry of Lands, Housing and Urban Development, Tpl Ademola Ajibola during a meeting with security and road management personnel on Friday at his office in Ibadan said the State Governor, Seyi Makinde has frowned at the way commercial cars and buses park at the roadside of the Ojo interchange.

He noted further that for safety of lives and beautification of the city, traders at the interchange must move to Abatakan where stalls would be built for them while trailer operators at Abatakan would relocate to Akinyele Trailer park.

“The Governor has indicated his aversion to the continued use of the Ojoo Interchange, which was conceived and constructed to ease traffic congestion and stop accidents which hitherto had claimed lives and properties for trading and parking by motorists to load and offload passengers.

“He has approved a ban on trading and activities of motorists at this interchange in order to maintain the purpose for which it was built and any violation starting from Tuesday, 3rd of December will be dealt with by security and road transport management as dictated by the State’s Environmental and Transport Laws.”

The Ojoo Interchange was constructed by the State Government to put a stop to frequent loss of lives and properties occasioned by loss of control by trailers and heavy trucks that usually rammed into residential buildings along the road and at times resulted in fire outbreaks.