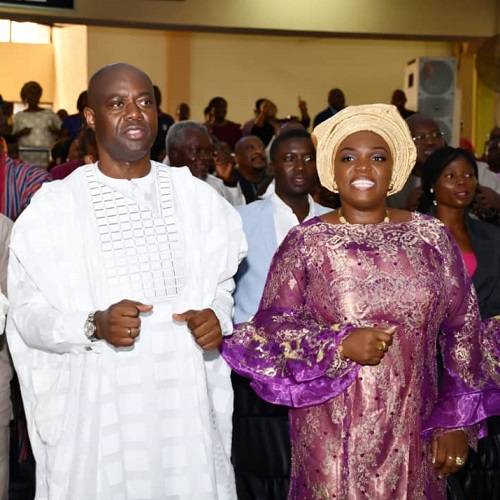 Oyo State Governor, Engineer Seyi Makinde, said on Sunday that the era of going cap in hand to beg for Federal allocations would soon be over in the State.

A statement by the Chief Press Secretary to the Governor, Mr. Taiwo Adisa, quoted the Governor as making the declaration during a thanksgiving service held at the Living Faith Church AKA Winners Chapel, Bashorun, Ibadan.

According to the statement, the Governor further stated that the idea of relying solely on federal allocations would soon be a thing of the past in Oyo State, as, according to him, the State’s Internal Generated Revenue (IGR) will be drastically improved through enhanced tax collection procedures.

“We want to ensure that the era of going cap in hands to Abuja to beg for allocation will soon be over in Oyo State,” he said.

The Governor also stated that his administration will continue to provide social amenities that will make the dividends of democracy get to all the people in all the nooks and crannies of the State.

“We want the people of Oyo State to be able to have dividends of democracy right on their doorsteps,” he added.

The Governor explained that his administration is rested on four pillars, which includes Education, Health, Security and Economic expansion through Agric value chain, adding that intervention lessons will soon be organised to assist the final year secondary school students in their WAEC and NECO examinations.

“The four cardinal programmes of this Government include education, that is why free and qualitative education has come to stay in Oyo State.

“For our WAEC Students, we should be starting intervention lessons for them shortly.

“We also want to fix our health care delivery system and to improve the security system, as we want all of us to operate in a secure environment, so that we can be safe to pursue our aspirations.”

Governor Makinde admonished the people of the State to keep praying for the success of his administration, adding that he will always lead with the fear of God.

The Governor noted that prayers were necessary, stating that except God builds the house, those putting the structures together work but in vain.

The Governor read from Psalms 127 vs 1 to buttress his submission.

He further said: “It has been five months since we were sworn-in and there has been tremendous support from the people of Oyo State and the Church in particular.

“I can tell you with all I have seen so far, without your prayers nobody can even survive one week on that seat because it is a hot seat.”

“I have had to go to the State Secretariat at 2 a.m. to check the security situation

“Also, sometimes I go out in the middle of the night to check the road being constructed and to know whether people of Oyo State sleep with their two eyes closed each time.

“I realised that except you hand over this State to God to help us, you will just be moving in circles.”

In his sermon, Bishop Thomas Aremu commended the Governor for introducing free education, saying that he was a product of free education.

He urged the Governor to intensify efforts on the collection of taxes so that the Government will get enough funds to execute the free education policy.

“I pray that our God will bless your Government with more resources and I also urge you to take note of tax collection. I regularly remit my PAYE tax even though it is being paid to Ogun State. I still make sure I pay to Oyo State since I am resident here. I urge our people to also pay taxes regularly so that Government can have funds to execute its projects, ” the Bishop said.