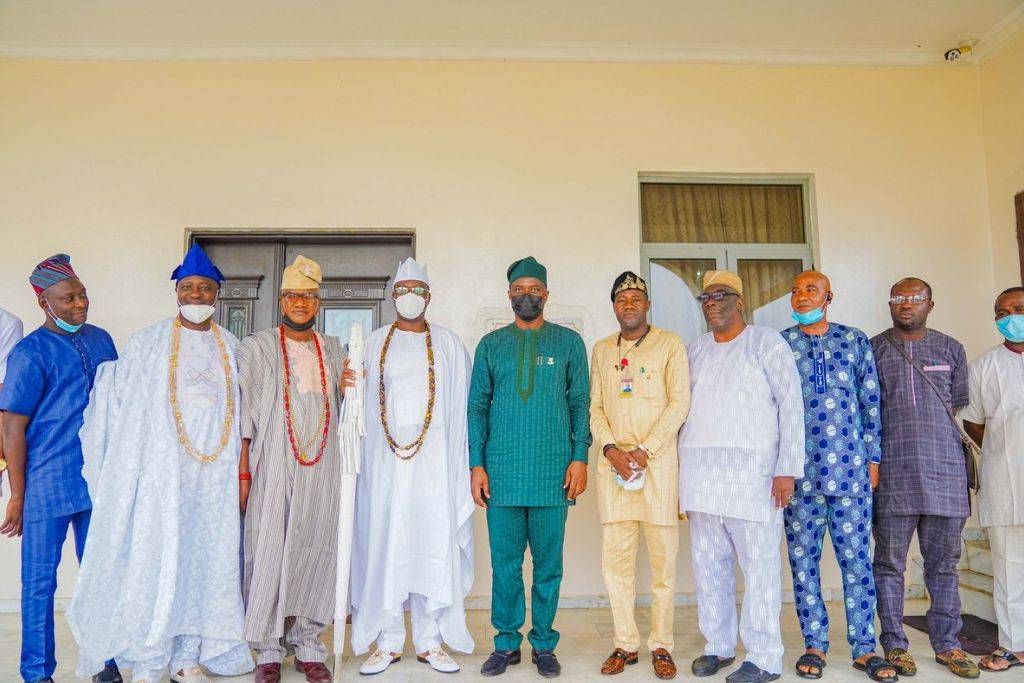 As part of measures to address the insecurity challenges in the South-West geopolitical zone, Oyo State Governor, ‘Seyi Makinde, on Thursday, held a closed-door meeting with the Aare Onakakanfo of Yorubaland, Iba Gani Adams.

Adams, who paid a private visit to Makinde, said that discussions centred on issues related to the security and economy of the South-West.

A statement by the Chief Press Secretary to the Governor, Mr. Taiwo Adisa, quoted the Aare Ona Kakanfo, as saying that “I wrote all the South-West Governors to meet them on the security and economy of the region and I am happy that we have met now.

“I met the Governor of Ekiti State two days ago and now, I am meeting the Oyo State Governor.

“It is very important that we interface on the prevailing issues within our region, especially that of security. What we are witnessing now is alien to our history. “Yoruba nation has been in existence for more than 8,000 years, I mean the Western region.”

Iba Adams, who maintained that the content of the discussions between him and Governor Makinde would remain under wraps, said that the meeting was fruitful and that there was an agreement on how Oyo State and the entire South-West would be at peace.

“We had a fruitful meeting. I can tell you that we are on the same page that Oyo State and the entire South-West should be in peace and harmony.

“The issue of agriculture was also part of our discussion. The two Governors have told me their own parts and strategies, especially on the basis of private initiative. I want to assure that we too will play our own part to bring investors to partner with them.

“We have more confidence to complement the effort of the community. We have brought all the relevant security outfits together; hunters, OPC members, Agbekoya members. We are bringing them together so that we can have effective security in our environment.”

The Aare Ona Kakanfo called for vigilance among the people of the State and the region, stating that the issue of security needs a collective effort.

He said: “We have to be vigilant. All hands must be on deck on the issue of security.”