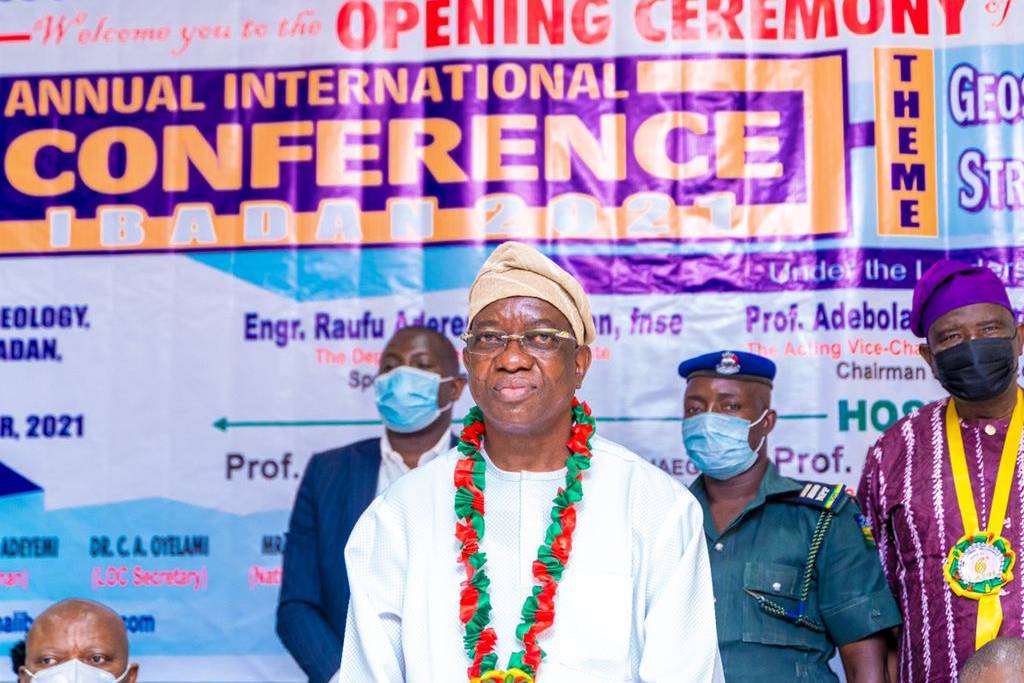 The Nigeria Association for Engineering Geology and the Environment (NAEGE), has conferred its prestigious distinguished fellowship on the Deputy Governor of Oyo State, Engr. Rauf Olaniyan.

Engr. Olaniyan was inducted during the Association’s 6th Annual Conference with the theme “Geosciences for Sustainability of Structures and the Environment” held at the International Conference Centre of the University of Ibadan recently.

The Association said the investiture was in attestation of Olaniyan’s outstanding performance as a foremost practitioner among the cadre of engineers in Nigeria.

Also, the investiture comes on the heels of his track record as an accomplished civil Engineer in the public sector of Oyo State in the last three decades.

Engineer Olaniyan, a civil engineer, asserted that the role of Geological Engineers is important in putting up structures since they studied the earth and buildings are erected in the earth, therefore their expertise is needed on what kind of structure fits the earth.

He encouraged the association to formally write the State Government and recommend what their role and importance is, so that the Government can adopt their suggestions as policy.

The Oyo State second citizen lamented the spate of building collapse and assured that the State Government is determined to see an end to such occurrences, adding that a recommendation from the association will be reviewed and adopted as a policy.

Engineer Olaniyan appreciated the association for awarding him the biggest honour of the association, promising to be a worthy ambassador while working towards its growth.

Earlier in the keynote address, the guest speaker, Mr Fidelis Abija appealed to the State Government to incorporate geologists into structural design and material selection plan especially for public buildings.

Abija called on other engineering sister associations to collaborate with them to deliver value and resilient structures that are sustainable and long lasting.

Media Officer to the Deputy Governor.