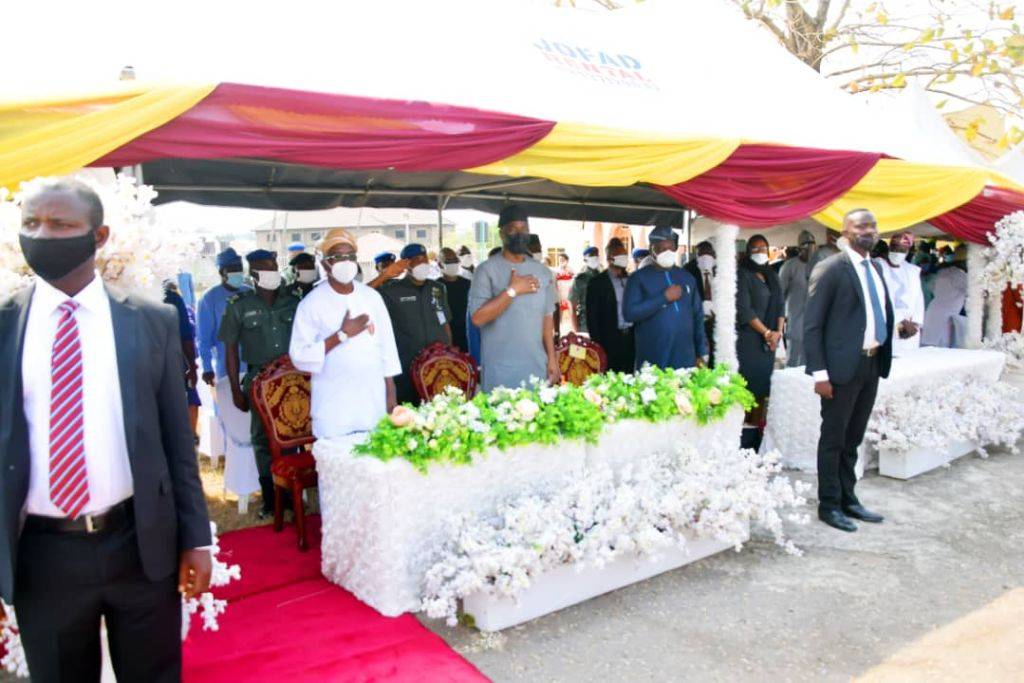 Governor Seyi Makinde of Oyo State has announced the approval of all outstanding promotions of Civil Servants in the State from 2017 to 2020.

Speaking during the interfaith service held at the State Secretariat, Ibadan to usher in 2021 administrative activities, the Governor noted that there had been a backlog of outstanding promotions from 2016, but said that, on Wednesday, he agreed with the Special Adviser on Labour and the Head of Service that all outstanding promotions from 2017 to 2020 should be done in 2021.

Furthermore, under our watch, deserving civil servants will have the opportunity to get promoted to grade level 17.

I am also reassuring you that we will continue to prioritise the welfare of the Civil Servants in Oyo State.”

Governor Makinde also affirmed that his administration is not owing salaries to Civil Servants but instead surprised workers by paying the 13t- month salary in 2020.

In his words, “We had some people asking if we would continue the prompt payment of salaries given the Covid-19 pandemic and the economic meltdown. But, by the grace of God, Oyo state is not owing salaries.

We even surprised our workers by paying the 13th-month salary for the second time running.

We did this at a time when many States, even in the south-west, we’re owing their workers salaries.

In fact, we have spent N9.3bn to pay pensions and gratuities owed by the previous administration.”

Meanwhile, the Governor also announced that many of the projects embarked on by his administration will be commissioned in 2021.

Makinde said, “We are looking forward to commissioning various projects that we started last year.

The 65km Moniya-Ijaye-Iseyin Road will be commissioned this year and the 21km airport Ajia-New-Ife express road is also slated for commissioning this year.

The 12km Apete-Awotan-Akufo road, which will be that first concrete road belonging to the State Government in Oyo State, will also be commissioned in 2021.

The 5km Gedu-Oroki-Sabo-Ashipa Road, the 12.5km dualisation of Challenge-Odo ona elewe -Apata Road and the 10km Saki Township road dualisation will also be commissioned in 2021.

Aside this, we will also be commissioning the remodeled Lekan Salami Sports Complex, Adamasingba, Ibadan. I look forward to watching our darling team, the Shooting Stars play at Adamasingba soon.

And mark this; the first match to be played in the stadium will kick off by 7 pm.

We hope to commission the four bus terminals at Iwo Road, New-Ife road, Challenge and Ojoo.

We will also be commissioning the bike and bus terminal at Agodi Gate, Ibadan.

I will be visiting Akesan Market next week. The first phase is done and we will be commissioning the entire project in the next 3 to four months.”

The Governor ended by reassuring the citizens and residents of the State of his unwavering resolve to serve the State.

He said, “the general consensus is that this administration has started well and people have been saying, “let us hope he continues like this”. Let me remind you that we came here to serve you and we remain unwavering in that resolve to serve the good people of Oyo State and we will always put their interest first.”