Makinde Charges Stakeholders on Rights of the Girl Child to Education 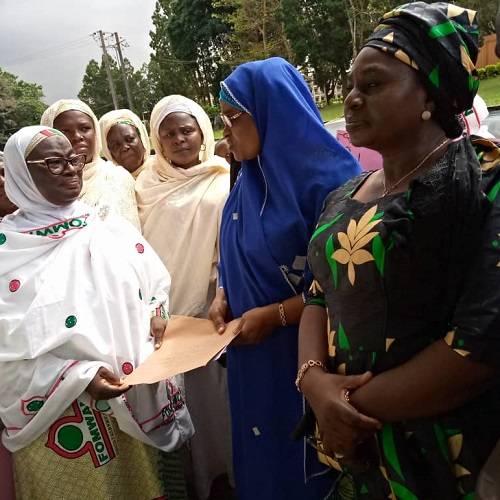 As the World marks 2019 International Day of the Girl Child, Oyo state Governor, Engineer Seyi Makinde has called on all stakeholders especially Parents, Guardians and Religious bodies to support his administration so as to promote girls empowerment and fulfillment of their human rights through education.

Governor Seyi Makinde made this call through the State Commissioner for Women Affairs and Social Inclusion, Alhaja Faosat Sanni today while receiving a letter as part of the activities lined up to celebrate the 2019 International day of the Girl Child from the Federation of Muslim Women’s Associations in Nigeria (FOMWAN), at the secretariat Ibadan.

Receiving the letter on behalf of the Governor, Alhaja Sanni who appreciated the association for their concerted efforts with laudable achievements in terms of service to God and humanity said, a girl child should be supported in all forms as they were the most vulnerable to all vices.

“Education and general upbringing of a girl child is very important, hence Parents, guardians and Clerics in our Churches and Mosques should always commit them into God’s hands, give them overall education that is up to standard.

“The present administration under Engr. Seyi Makinde has been working towards achieving this lofty goal by making education accessible to the girl child through the State’s free education policy, while the Ministry of Women affairs has been going round to evacuate children abused by their parents by using them to beg and putting them back in school.

“We urge the society in general to come to the aid of the girl child and promote their welfare as they are the hope of our future, girls are opened to lots of vices especially with use of social media, children generally are exposed to lots of immoralities,” she said.

Earlier while delivering the letter to the Commissioner for onward delivery to the Governor, Oyo state Chairperson of FOMWAN, Amira  Doctor Bushira Oloso noted the achievements of the present administration within a short period in office in education sector among which were free educational materials and free education.

She therefore appealed to Governor Seyi for speedy completion and implementation of Family Court so that perpetrators of evil acts to girls and women at large would be prosecuted according to the law.

International day of the girl child was declared by the United Nations in October 11, 2011 with the aim to recognize girls’ rights and unique challenges they faced around the world and the theme for the year 2019 celebration was “Girl force: Unscripted and Unstoppable.”