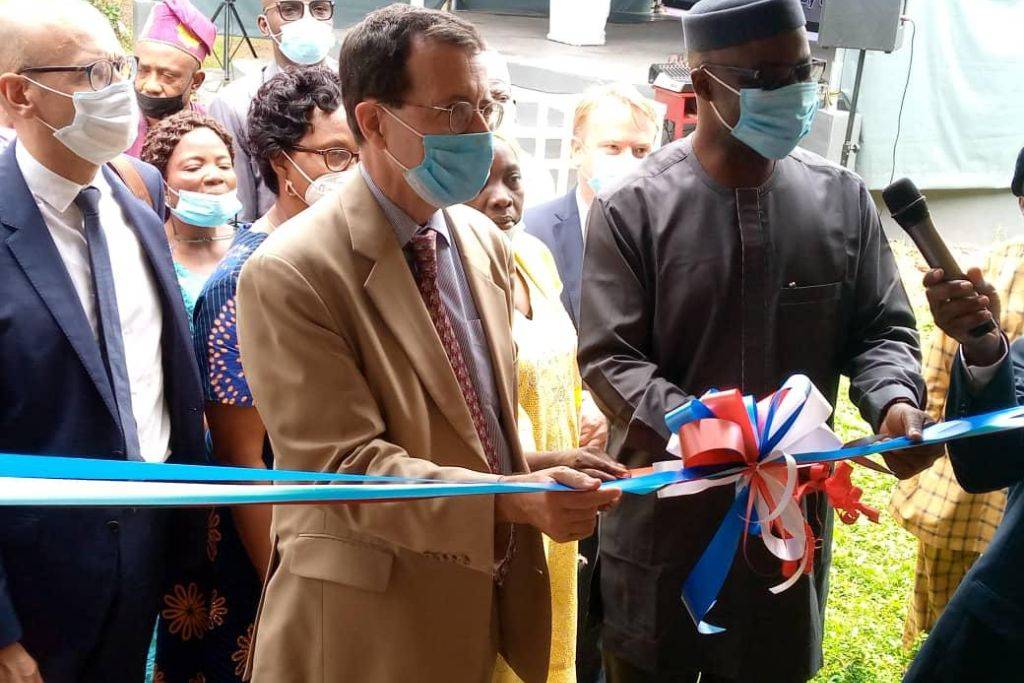 The Governor, who was represented by the Commissioner for Education, Science and Technology, Barrister Olasunkanmi Olaleye and accompanied by the French Ambassador to Nigeria, Jerome Pasquier held that the facilities will further deepen collaborations between Oyo State and the French Government.

Makinde while delivering his speech at the project commissioning held at Iyaganku in Ibadan on Friday, noted that the block of classrooms was just one of the results of collaborations between the Oyo State Government and the French Government.

He said “the Commissioning of this block of classrooms that we are witnessing today is just one of the results of the collaborations between the Oyo State Government and the French Government.

“We acceded to a request to release funds for a block of classrooms with an office building and toilet facilities but these collaborations are by no means one sided.

“The French Government has provided funding for other projects happening here in Oyo State, for example, our plan to complete 200km of roads in the Rural Access and Agricultural Marketing Project (RAAMP) is supported by the French Government,” he said.

The Governor also explained that his administration has officially launched the Support to Women Entrepreneurship in Agri-food sector in Nigeria (SEFAN/SWEAN) Programme, an initiative which aims to empower women capacity in agribusiness, stressing that the French Government has also been very collaborative and supportive in that area.

“So, let me again thank the French Ambassador, His Excellency Jerome Pasquier, for all the support his Government has given us in the past two years. As I said earlier in the day, when you get three visits in two years from the representatives of one country, it is safe to say you have gone from being acquaintances to becoming friends. And so, we thank you for this friendship.

“Our prayer is that these collaborations continue. Let me quickly talk about the significance of this centre located here in Oyo State.

“Despite the popularity and wide usage of English, French is still considered a major language of international relations, here in West Africa, we have countries where French is their official language.

“Even here in Oyo State, some of our closest international neighbors are French speaking countries. So if we are looking to trade across borders then we need countries like this, which promotes the learning and teaching of the language.

“The classrooms and office that we are commissioning today will further serve the needs of the students and administrative staff, and what we are hoping for is further expansion so that this place goes from being a regional to a national and even international centre for learning French.”

Speaking earlier in line with the Governor’s submission, The Commissioner for Education represented by the Permanent Secretary of the Ministry, Alhaja Aminat Atere noted that Oyo State and Nigeria could not overlook French because the country is surrounded by French speaking countries like Republics of Benin, Niger, Chad, and Cameroon stressing that it was this factor that necessitated officially declaring French as Nigeria’s second official language in 1966 and afterwards made compulsory in the nation’s educational system from primary to secondary school levels.

“In order to support the Government’s efforts in improving teaching and learning of the language, French Government established in 2002 two major projects out of which is creation of Center for French Teaching and Documentation (CFTD) in Enugu, Ibadan, and Jos,” Olaleye noted.

The State Governor however, reaffirmed his commitment to providing equal access to quality and sound education for all residents in the State regardless of social strata. 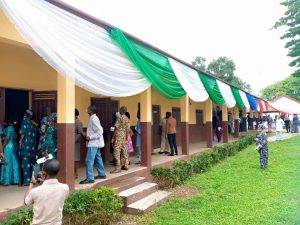