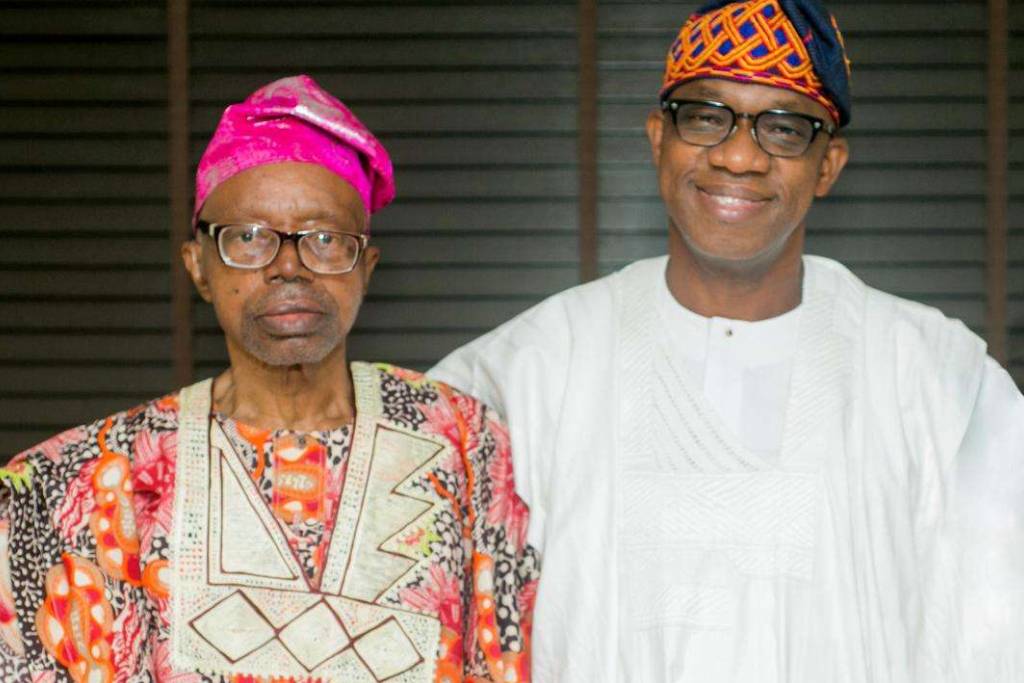 Makinde, who expressed his heartfelt condolences to his brother-governor and the entire Abiodun family of Iperu Remo, Ogun State, prayed to God to grant the family the fortitude to bear Papa’s exit.

A statement by the Chief Press Secretary to the Governor, Mr. Taiwo Adisa, quoted Makinde as stating that though the death of one’s loved one is always painful, Pa Abiodun deserved to be celebrated for the good life he lived and the great legacy he left behind.

He urged Governor Abiodun to take heart and take solace in the indelible marks Papa left on earth as a teacher and nation-builder of many decades, and as a devout Christian, who sowed worthy seeds that have continued to bear good fruits in the society.

Makinde said: “I commiserate with my brother, the Governor of Ogun State, His Excellency, Dr. Dapo Abiodun, on the death of his beloved father, Dr. Emmanuel Abiodun, aged 89.

“While praying to God to grant him and the entire family the fortitude to bear the exit of Pa. Abiodun, I urge him to take heart and take solace in the good life Papa lived and the good legacies he left behind.

“As a teacher in the Western Region, Papa contributed meaningfully to building the nation and he sowed worthy seeds, which have become fruitful for the good of humanity.

“We celebrate Papa’s life and pray to God to grant repose to his soul.”