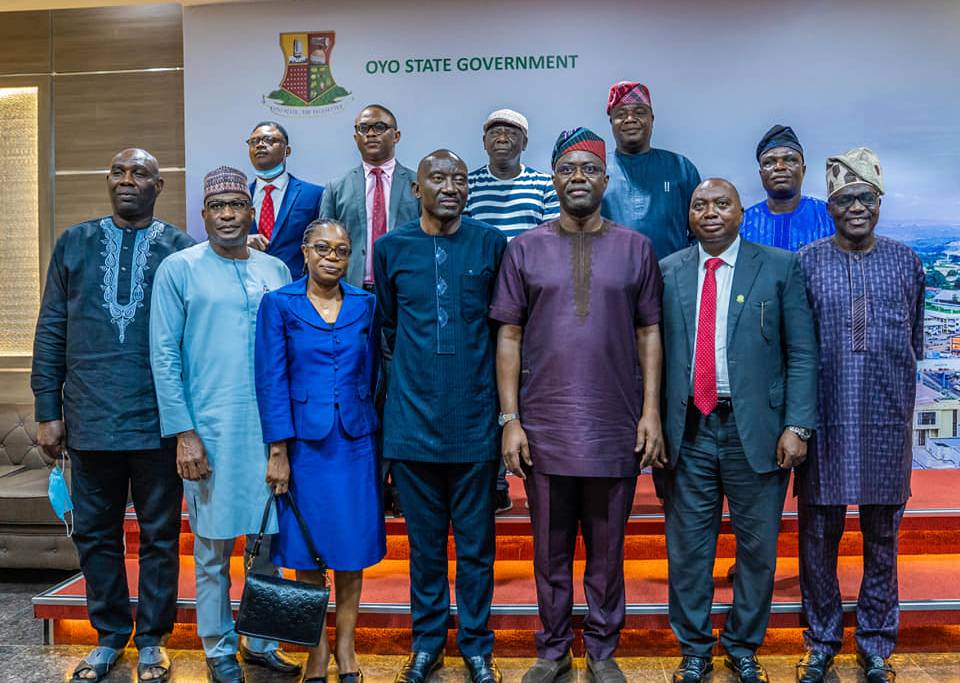 Oyo State Governor, ‘Seyi Makinde, on Thursday, called on the new head of Department of State Services (DSS) in the State to assist in investigating the remote cause of the Abolongo jailbreak in Oyo town.

The Governor, while receiving the new head of DSS in the State, Mr. Agada Alex, at the Governor’s Office, Secretariat, Agodi, Ibadan, said that he wants the DSS to get to the bottom of what led to the jailbreak at the correctional centre.

A statement by the Chief Press Secretary to the Governor, Mr. Taiwo Adisa, maintained that the Makinde administration would continue to provide necessary support to the DSS and other security agencies in the State.

He said: “Let me, on behalf of people and Government of Oyo State, welcome you formally to Ibadan.

“People are talking about the security situation in the State but it is stable because you have been up and doing.

“So, we want to appreciate your efforts. I do know that we have good relationship between the DSS and the Government and even all the other agencies like Amotekun and Operation Burst.

“Let me request that we should try to maintain that cordial relationship. The work is cut out for you in Oyo State. Yes, it is stable but a lot of work is still required to stay on top of the situation. I can only promise that, as an administration, we will continue to provide the necessary support.

“I do have a request: when we visited Oyo town, I did mention that we were not sure whether the incident (jailbreak) was isolated or actually the beginning of something that may throw up various security challenges for us. I am still interested in the Service assisting to get to the bottom of what has happened in there.

“If it is an isolated occurrence, we know that we will only need to step up surveillance and deepen our intelligence gathering activities at those areas. But if it is the beginning of organised criminal activities, then we have to be frontal and go after the people. So, it is important that we have something back from you.”

The Governor pledged continuous support for security agencies in the State adding that whatever happens, whether good or bad news, he should first be alerted.

Earlier, the new head of the DSS in the State, Mr. Agada Alex, assured the Governor that the DSS will continue to do its best in securing the State and make sure it retains its pacesetter status.

He said: “What we are doing here today is just a courtesy call, to formally tell you that we are here. It is our new football field where we are going to play this round of world cup and, from what we have seen so far, we are already having successes under your guidance and we thank God for that opportunity.

“So, we assure you of our sustained professional commitment to making this State remain the Pacesetter State it has been and it is going to be.

“The service is expanding and thank God that the National Assembly has approved that we need more recruitments. Between last year and now, Oyo State alone has about 78 new officers, senior and junior. Another batch is doing its cadet training now and, in the next three to four months, they should be through and then we will get additional hands to join the train. So, we are expanding, and the more we have, the more we will do.”