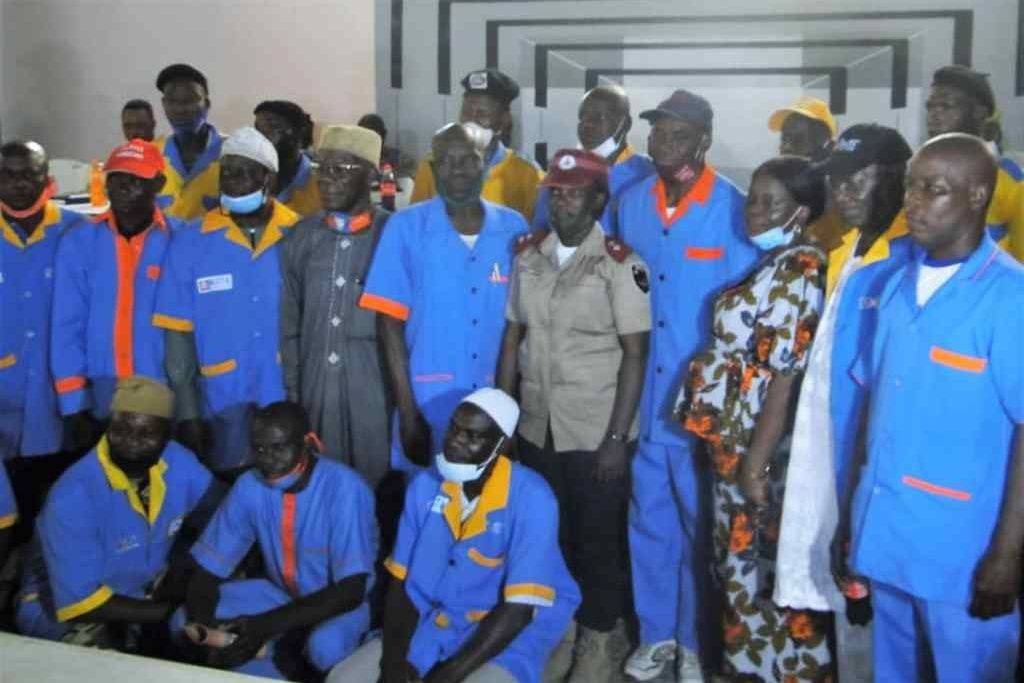 16 Feb 2021 Our 2.5million Members Will Be Eyes and Ears of Security Agencies – Oyo NATA

The Olubadan-in- Council has hinted that the decision of Governor Seyi Makinde-led administration to make use of the State Security Committee as well as the Local Government security committee has signalled the end of insecurity in the State.

The disclosure was made on Tuesday by the Balogun Olubadan of Ibadanland, Oba Olakulehin Owolabi at the swearing-in ceremony of the new executive committee of Nigeria Automobile Technicians Association (NATA) which was held at Ibadan.

Olakulehin was the royal father of the day at the event said the decision by the State Government should be supported by all indigenes of the State as security of lives and properties required volunteering information for the security agencies to nip crime in the bud.

He urged members of NATA in Oyo State to key into the security programmes of the Government and solicit information as according to him, no successful crime could be perpetrated without the use of automobiles.

“It is no more what the Government will do or is doing to address insecurity, the Government has taken the right step by giving logistics support to the agencies in charge of security and has also recently adopted the use of State and Local Government security committees to preempt and nip the crisis in the bud.

“What is left is to give our support, as the traditional council or traditional institution is concerned, in Ibadan for example, every compound has a Mogaji, it is the duty of this Mogaji to bring reports of security breach to the ears of the committee before it escalates, this is the best way to go.”

The State Commissioner for Information, Culture and Tourism, Dr. Wasiu Olatubosun, who was represented at the event by the Director Public Enlightenment and Mass Mobilization, Mrs Busola Adetunji, called on NATA members to continue in giving its support to the State Government by being security conscious.

Olatubosun said the unity of the association was sacrosanct to get success in their immediate and future endeavors, charging them to use their position as individuals who see and hear information about what is happening in the society to brief security accordingly whenever they noticed any attempt to disrupt the peace in Oyo State.

The newly-sworn in Chairman of NATA, Oyo State, Comrade Wemimo Oladokun said the power of number, which the association has would be deployed to support the present administration in Oyo State to succeed in stamping out insecurity.

Oladokun said the 2.5million members of NATA in Oyo State would be engaged to be the eyes and ears of Government at every nook and cranny of the State.

“We have over 2.5million members in the State and we are ready to mobilize them to be the eyes and ears of security agencies so as to give support to the stride of our dear Governor in ridding Oyo State of crime.

“The Governor has shown us all that he is all ears especially on issues that affect the common citizens like security, health, public education and public infrastructures, we need to give him our own support and I pledge this before my people that we will start doing that to make Oyo State the best among its equals.”