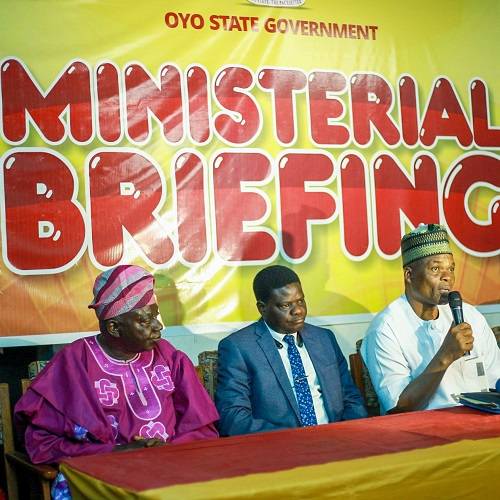 The inaugural celebration of Ijala festival in Ibadan would be heralded with carnival, competition and awards for notable Ibadan indigenes from the 17th to 19th of October 2019 at Ilaji Hotels and Resort Center, Akanran, Ibadan.

The event which was packaged by Ona-Ara Development Forum (ODF) in conjunction with Oyo State Ministry of Information and Tourism was slated towards awakening the cultural renaissance and to bring back the glory of Yoruba’s oral poetry popularly called Ijala.

This disclosure was made on Monday by the President, Ona-Ara Development Forum, Alhaji Kola Bolomope at a Press conference held at the Film Theater of the State Ministry of Information, Culture and Tourism.

Bolomope said the need for the cultural renaissance was occasioned by the dearth of Yoruba culture which he said has contributed to low sense of cultural belonging and poor moral rectitude among the people of the Southwest Nigeria.

“To the Yoruba of South-west Nigeria, to be a hunter was an ultimate honour and those who were hunters were seen as ideal men. Ijala chant belongs to a genre of exclusive hunters and are performed on festivals such as coronations and weddings.

“This important aspect of our cultural heritage is going into extinction. As a community with the background of several brave and distinguished hunters, it is our conviction that we should spearhead the revival and promotion of this form of Yoruba entertainment.

“The program which will hold between Thursday 17th and Saturday 19th October 2019 will also serve as a platform to boost tourism, maintain the oral traditions of the Yoruba people and for the children of Yorubas to be more exposed to the art of Ijala storytelling as well as creating employment opportunities for the teeming population of the State.”

The State Commissioner for Information, Culture and Tourism, Dr. Wasiu Olatunbosun who was at the event hinted that the State Government’s policy on promotion of cultural values and arts was in tandem with the Ijala renaissance project, promising the group behind the festival of Government’s support for its success.