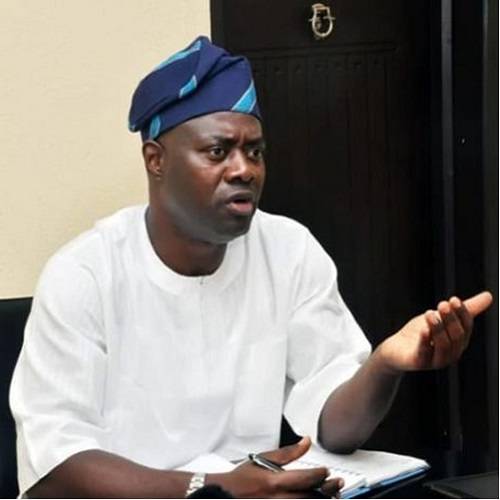 All the heads of Local Government Administration, as well as directors and other principal officers in all the 33 LGAs and 35 LCDAs in the Pacesetter State have been enjoined to key into the anti-corruption stance of the present administration, under the able leadership of Governor Seyi Makinde, so that the desired progress, development and economic growth of the State could be expeditiously actualized.

This advice was handed over by the Chairman, Oyo State Local Government Service Commission, Dr. Remi Ayodele, while declaring open a two-day workshop, organized  by the  Commission for some principal officers in the council areas of the State, at the Conference center, University of Ibadan, on Tuesday.

“This Commission – sponsored workshop is aimed at ensuring that  our personnel at the Third Tier of Government get the necessary tutelage on anti-corruption stance, which is very essential to the success of any administration, at this crucial time,” Hon Ayodele said.

Speaking further in his address on the occasion, the Commission boss stated unequivocally that training and retraining of staff in the Local Government Service was one of the core mandates of the body, which unfortunately could not be performed in the last five years “due to sheer wickedness of the immediate past administration as evidenced in their avaricious and rapacious disposition. ”

Honourable Remi Ayodele however warned the participants on the need to maximally utilize the opportunity of the timely training by paying a rapt attention to the lectures, engaging in robust discussions and active participation, reminding them that, ” the issue of anti-corruption which the workshop borders on essentially is very important to Governor Seyi Makinde, the more reason why he has signed it into law for immediate takeoff. ”

“We are not oblivious of the fact that corruption under any guise is a cog in the wheel of the progress and development of any country. This is the actual reason you have been carefully selected for this workshop at this point in time, so that it can be domesticated as well as replicated at the Local Government level. Once we can get it right from this level, we should be able to get it right at other levels too, ” the Commission boss opined.

Earlier in his opening remarks, the Permanent Secretary of the Commission, Mr. Akin Funmilayo, had reiterated Governor Seyi Makinde’s disdain for corruption, admonishing them against any frivolous spending or embarking on white elephant projects, especially now that the Council Chairmen would soon be in place. He however used the medium to appreciate Governor Makinde for his worker friendly disposition, culminating in the payment of workers in the middle of December, to enable them engage in timely purchase.

It will be recalled that the Commission has resuscitated the mandatory training of unified Local Government staff, after Governor Makinde had approved the release of the fund to it.