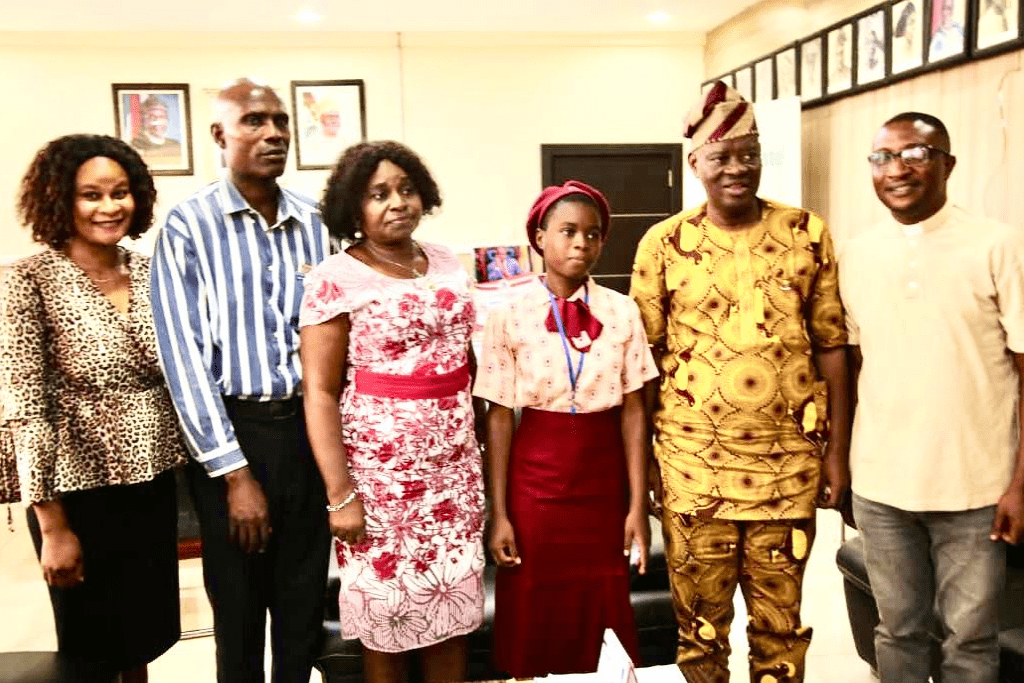 ….To Represent Nigeria at International Competition in Switzerland

The National Essay Writing Competition, won by Master Asala Oreoluwa was organized by Human Capital Development for the June 2022 edition of the competition at Transcorp Hilton Hotel, Abuja.

Eleven States were represented at the second round of the competition that led to the finals, where Anuoluwapo emerged the best among others and she is to represent Nigeria in the final international Physics Olympiads Competition in Switzerland between 7th-12th July 2022.

The State Commissioner for Education, Science and Technology, Barrister Rahman Abiodun Abdu-Raheem has expressed his delight over the performances of the students and the management of their schools while hosting one of them (Anuoluwapo Ajiboye) at his office in Ibadan, saying it was an indication that the investments of the State administration in the education sector has been yielding desirable fruits.

Barrister Abdu-Raheem also described the noble feats attained by the students as good omens to Oyo State and the country at large and expressed satisfaction in the performance of the various stakeholders like teachers and the State education monitoring units, while also maintaining his confidence in the upward performance of schools in the State in both external examinations and national competitions.

“This is another indication of positive yields coming from the investments of the State administration, under the watchful eyes of Governor Seyi Makinde, in education, we are just witnessing the beginning in the areas of individual students’ performances, we shall start soon witness the same in the performance of the State in external and national examinations, which is already reflecting in our national position overtime,” he said.