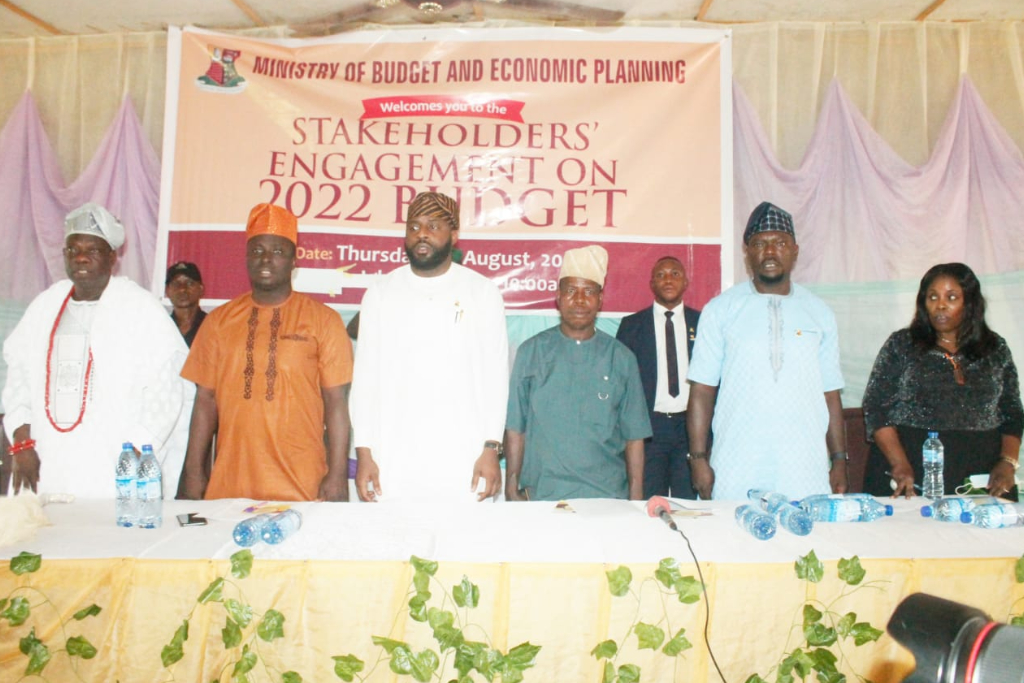 The Governor of Oyo State, Engr. Seyi Makinde, has revealed plans to construct a 500,000 litres capacity aviation fuel facility at the Ibadan Airport.

The Governor disclosed this in his keynote address at the stakeholders town hall meeting on citizens engagement on the 2022 budget held at Ibarapa East Local Government Secretariat Hall, Eruwa on Thursday

The Governor, who was represented by the Speaker of Oyo State House of Assembly, Hon. Adebo Ogundoyin noted that the construction of the fuel facility is necessary to improve the standard of the airport.

He stated that the project would be one of the numerous projects just awarded and about to commence in the State, adding that some projects were already in the completion stage and will soon be commissioned.

“Other projects include: the installation of Mini-Grid Energy Projects in Ogbomosho south, Atiba, Ona-Ara and Iwajowa LGAs; construction of Isaba-Ogundoyin road Eruwa; construction and rehabilitation of Iseyin-Oyo road, construction of two-bay permanent fire stations at Atiba and Ibarapa LGAs, amongst others.

He urged Oyo State citizens to be involved in the year 2022 budget planning, in order to record many achievements that will be beneficial to the people of Oyo State.

Also, the Speaker of the Oyo State House of Assembly, Hon. Adebo Ogundoyin on behalf of the Governor of Oyo State, appreciated those that attended the meeting and expressed their minds on what they wanted the Government to do for them, as he said this was essential in other to help the Government to know the right area to channel resources to have a better Oyo State and promised that the Government will fulfill all promises and request of the citizens.

Earlier in her welcome address, the Permanent Secretary, Ministry of Budget and Economic Planning, Mrs. Mofoluke Adebiyi said that the current administration’s open Government initiative is aimed at strengthening civic voices, demonstrating the responsiveness of Government system and promoting the interest of all citizens.

She declared that the last two years have witnessed a tremendous change in the inclusion and participation of citizens in governance through budget development and implementation.