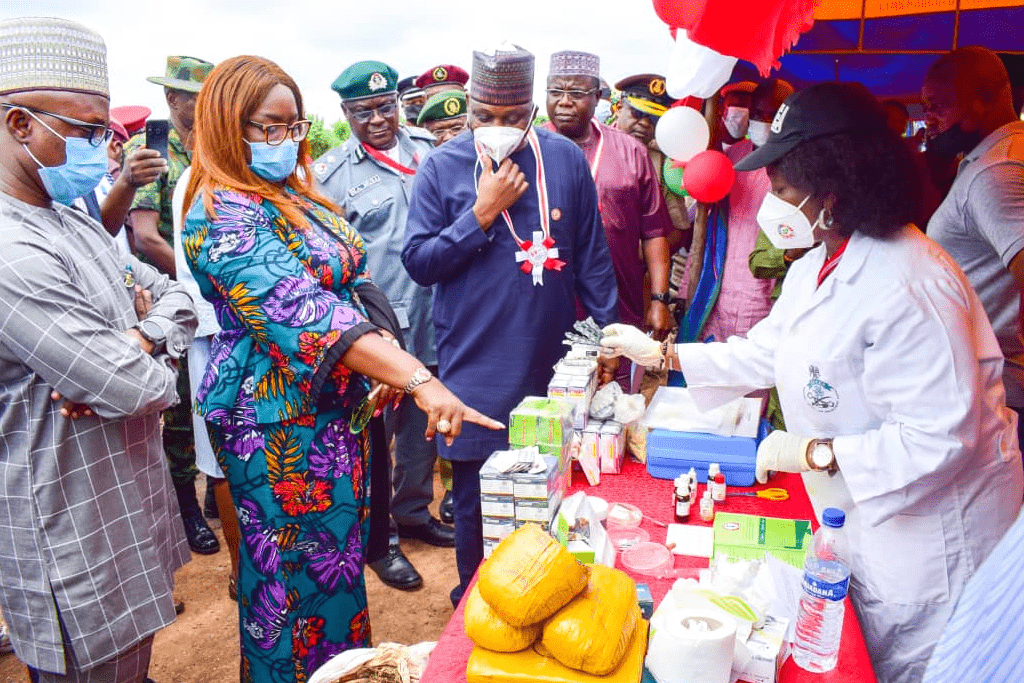 …as Agency destroys over 16,000kg of illicit drugs

Oyo State Governor, ’Seyi Makinde, on Tuesday, declared that his administration will continue to support the National Drug Law Enforcement Agency (NDLEA), to curb illicit drug use in the state.

The Governor, who spoke through the Secretary to the State Government, Mrs. Olubamiwo Adeosun, at the public destruction of fortified Illicit Drug Exhibit by NDLEA, held at Ikija, on Lagos-Ibadan Expressway, admonished the agency to increase enlightenment to the public about the danger of the drug abuse.

A statement by the Chief Special Secretary to the Governor, Mr. Taiwo Adisa, said: “When the State Commander and the Director-General were speaking, I heard them say that this had not happened since the year 2018, so for about four (4) years now, we have not had any burning of illicit drugs, at least no public one in Oyo state, so today is a significant day.

“I start by bringing you greetings from His Excellency, Governor Seyi Makinde, who is unavoidably absent and to let us know that he is in full support of what is happening here today.

“Illicit drugs are definitely a menace in our society and while we destroy the drugs, I think one thing we need to think about and discuss is that if there is no market then the drugs will not be popular, so I think we need to start to realise that prevention is better than cure.

“So, that message that the DG and state commander talked about, taking that message back to the society, to the people of Oyo State and especially our youths, that drugs are a menace, it is a drain on them financially, psychologically, emotionally, economically and even on their health and in many cases could lead to death.

“If we can start and prevent even the use of drugs then what we would be doing here would be much reduced, because like I said if there is no market then the marketers and dealers would have fewer incentives to want to produce more drugs.

“So, like it was mentioned that this hasn’t been done in four years and I was almost alarmed to hear the number of drugs that were going to be burnt here today, over 16,000kgs and over a billion naira, we can see that this is a big market that we are fighting against and all hands have to be on deck.

“If you have 16,000kgs resulting to a billion naira, it means that the marketers and dealers would continue to look for all kinds of innovative ways to ensure that their market sells and this means that for all of us especially for our colleagues in NDLEA, we must always be one step ahead of the game to ensure that we continually block all avenues for the sales and marketing of these illicit drugs.”

Adeosun, who appreciated the NDLEA for the work it is doing in the State as well as other sister agencies who are cooperating with the NDLEA, called for hard work in the area of enlightening the public, destroying cannabis farms, seizing illicit drugs and ensuring that when the users are caught, there is a robust rehabilitation system to try and cure them of the use of drugs.

“If there is no robust rehabilitation system, no matter how long you keep them or incarcerate them, immediately they go out, they will go and use it again and so it becomes a vicious cycle. So, our rehabilitation and prevention systems need to be as robust as possible.

“Governor Seyi Makinde has asked me to let NDLEA know that all support we have been giving and we would need to continually give to ensure we reduce the menace of drug use in our society and state would be given and so we are in this together, so let’s work together to ensure that we reduce the use of drugs,” Adeosun added.

Earlier, the Chairman/Chief Executive Officer, National Drug Law Enforcement Agency (NDLEA), Brig. Gen. Mohamed Buba Marwa (retd), who was represented by the secretary of the Agency, Shadrach Haruna, explained that the event was the destruction of an illicit drug haul weighing approximately 16,799kg, comprising 16,473 kg of Cannabis sativa, 4g of cocaine, and 326kg of psychotropic substances, worth over one billion naira

According to him, “occasions such as this is an open window for the public to have an insight into what the officers and men of the NDLEA are doing behind the scene. What we are here to do today is the tail end of a long-drawn process that started with the gathering of intelligence, followed by interdiction, arrests, and prosecutions.

“Public destruction of exhibits is the end of the process. And for the officers and men of the Agency, it is a testament that the hard work of the past weeks, months, and years are not in vain.

“At this juncture, I want to appreciate and thank the Oyo State Government under the dynamic leadership of His Excellency, Eng. Seyi Makinde for his support to the NDLEA in Oyo State. We appreciate the support and we look forward to more.”

In his remarks, the State Commander NDLEA, Oyo State Command, Abdullahi Saeed, said these illicit drugs were seized from criminal elements within the state during routine operations.

He equally appreciated Governor Seyi Makinde for his continued support, morally, financially, and logistics-wise, to the NDLEA Oyo State Command.