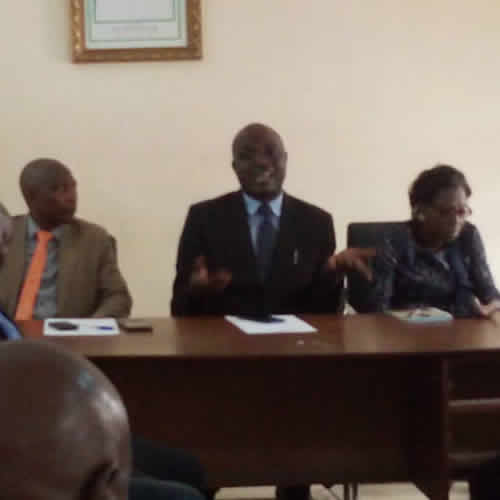 “The essence of convening this meeting is to intimate you of the seriousness of the Government of the day in repositioning things, by ensuring that it leaves an indelible print in the state. It’s no longer business as usual. Moreover, it’s our own duty to reposition the local Government service, the decadence being experienced in it  today came as a result of our misdeeds, which we need to sit down together and

Earlier in his address of welcome, the Commission’s head of Local Government administration, Mr. Akeem Olatunji, had  appreciated the Conference of Engineers for coming to the rescue of the Commission during its turbulent years. He then allayed their fear on some unfounded rumors making the round on conversion and promotion of senior officers in the service.

Responding on behalf of the Conference, Engineers Babatunde and Adeola, Chairman and Secretary of the Conference respectively, pledged their support for the present administration, under Engr. Seyi Makinde, as well as the Commission, promising to execute quality projects that could stand the test of time, with the observation that the present Government belonged to Engineers, thus, they could not afford to fail.

The meeting of the Commission with the Engineers in all the 33 Local Government areas and 35 Local Council Development areas in the State was held at the Conference Room of the Commission, Water Corporations Building, Secretariat, Ibadan, on Monday, 9th September, 2019.